South-Korea, Israël, Spain and the The USA: 20 participants from four different countries set off on Friday 3 November on the WaterCampus Water Tech Experience Tour, organised by Water Alliance. What convinced them to do this? They had all heard so much about the WaterCampus and wanted to see with their own eyes how the innovation ecosystem is put into practice here. Not only for their own benefit, but also in order to take this information with them, back to their own organisations. It goes without saying that they were also curious about the Frisian landscape that many of them had never seen, as well as the wonderful water technological highlights that are so abundant around the province.

“I am amazed by the collaboration between academic, industrial and governmental entities”

The tour started first thing in the morning, leaving from the RAI Amsterdam. The first stop was the WaterCampus, in Leeuwarden. Here, the international delegation was received by Johannes Boonstra (Executive Board Wetsus) in the central hall at Wetsus. They were shown around the Wetsus Lab. They then crossed over to the Water Application Centre. The next stop was the Business Centre Johannes de Doper. During lunch, Hein Molenkamp (Managing Director Water Alliance) detailed the working of the innovation ecosystem. The international guests were highly impressed by this innovation chain. They declared that it is entirely unique to find all the necessary facilities in the field of water technology within a stone’s throw of each other! “I am amazed by the collaboration between academic, industrial and governmental entities. I can only long for such an arrangement in the U.S”, says Peter S. Cartwright, from Cartwright Consulting Co.

The delegation continued their tour from the WaterCampus to the demo site at Wetterskip municipal wastewater treatment Leeuwarden. Then they travelled to the city of Sneek. Here they visited the project ‘Waterschoon’. They then travelled back to Amsterdam taking in the Blue Energy project on the Afsluitdijk along the way.

We can look back on a very successful tour. A tour that allowed us to acquaint an international delegation with a number of technological landmarks in Friesland, as well as the undisputed hub of the Dutch water technology sector: the WaterCampus. 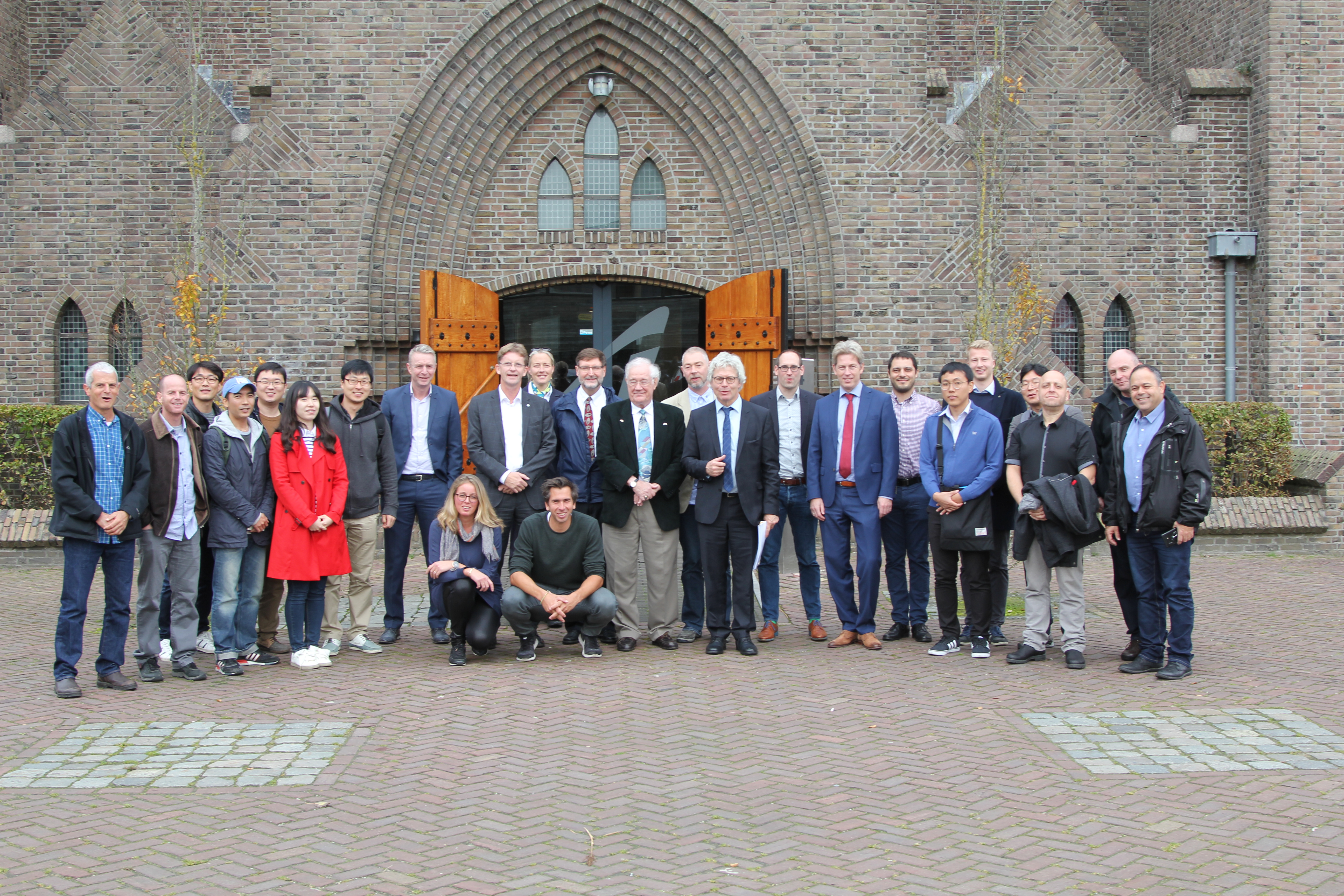