The operational tasks of the Water Alliance are executed by a small decisive organisation, that reports to the Supervisory Board. The members of the Supervisory Board are a few leading figures form the regional government, knowledge instutions and the industry. Water Alliance closely cooperates with several stakeholders from the government and the industry and also with administrators in the Northern Netherlands. 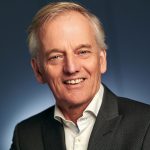 Professor Walter G.J. van der Meer joined drinking water company Oasen as CEO on February 1, 2012. Under his leadership the company is innovating and working on realizing the drinking water supply of the future. Read more 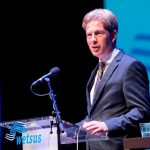 After his graduation as an environmental technologist in 1992, Johannes Boonstra joined Paques BV, a Dutch company specialized in biotechnological water and gas treatment. At Paques Boonstra worked as researcher, technologist and business development manager. Read more 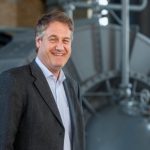 Erwin Dirkse has been in the in the environmental technology industry for over three decades. An experienced and passionate entrepreneur with a demonstrated history of developing strong, international operating businesses in the field of wastewater treatment, biogas upgrading and (bio)gas desulphurisation. Read more

After graduating in bio-process technology, Evert van de Werfhorst started as a technologist at Paques BV (Balk-The Netherlands). After travelling around the world, he left Paques as a commercial manager. After his time at Paques, he started in 2008 in the periphery of the WaterCampus as an entrepreneur from the point of view to use self-calibrating measurement systems to optimize water processes. Read more