On 3 November at the Aquatech fair, which took place during late October and early November in Amsterdam, the visitors were treated to a pleasant surprise in the Netherlands Water Pavilion. They were offered free beer. Not just any beer, however, but beer with a story to excite curiosity. How does beer taste that has been brewed from Amsterdam rainwater, for example? Or beer made from water extracted from the milk of the celebrated Frisian cow?

‘No water, no beer’, was the slogan used to advertise the beer-tasting. A phrase that says a lot. Water has been an essential beer ingredient for centuries. But water is a precious commodity nowadays, as we know that there is only a limited amount of fresh water available in the World.

During the tasting, the large crowd was offered three types of beer, in a plain cup with no label, so that people could cast their votes. ‘Zuivelbier’ or Dairy Beer is perhaps the most unusual story. It is brewed by Thomas Roersma, a food technologist and hobby brewer who works at the Leeuwarden company Wafilin Systems. They produce a beer with water that has been extracted from cow’s milk. “This makes it exceptionally safe, and, of course, sustainable”, according to Harry Van Dalfsen, the founder of Wafilin. “The cow has pre-filtered the water, as it were, and the Wafilin Systems membrane technology does the rest”, adds Roersma. “We then use it to make a wheat beer.”

The Nijhuis Industries beer was also very tasty. They have proved that even waste water can be purified to a degree that makes it suitable for brewing beer.

The last beer was Rain Beer (it used to be called Hemelswater or Heaven Beer, but has since been rechristened as Rain Beer). This name is as fitting as Dairy Beer, because Rain Beer is actually made from Amsterdam rainwater. This is filtered using the systems of Mijnwaterfabriek (Hardenberg) and PB International (Zelhem). “It’s a great collaboration”, contends Arran Kassens of PB International. “Everyone works to their own strengths. They collect the rainwater, we make sure that it is properly filtered and then they make a great-tasting beer from it.”

Rain Beer won a small handful of votes more than the other two beers. An audience member described it as having a ‘delicious, sweet taste’. So, a gold medal for Amsterdam rainwater. However, the many appreciative comments from the audience showed that all the beers were met with general approval. We are curious as to whether the beers will prove to be profitable to any of the businesses concerned in the coming years. 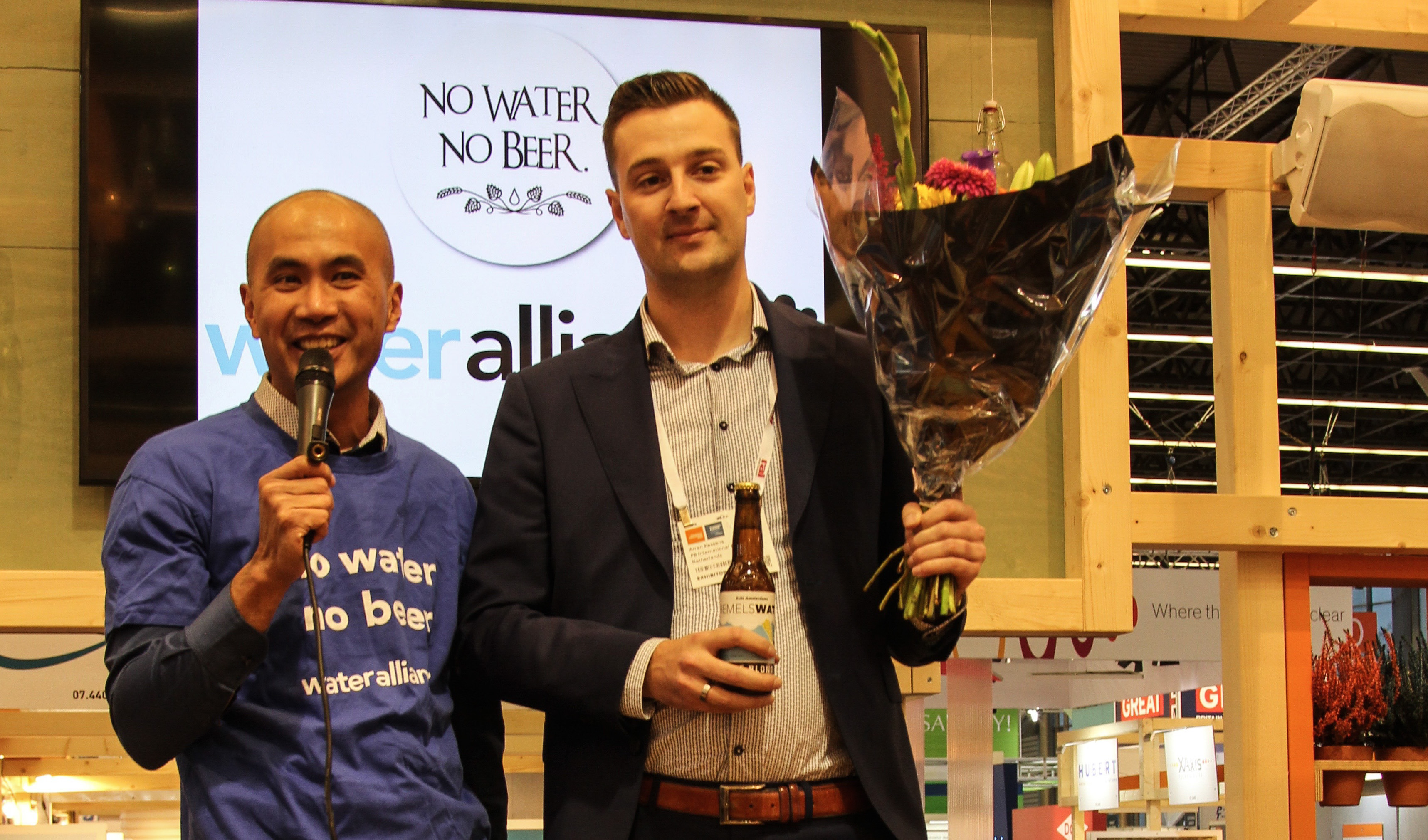