For the seventh year in a row, Water Alliance – among with a number of its members – has been a proud exhibitor at the 92nd edition of WEFTEC. With over 22,000 visitors, WEFTEC 2019 was the largest and most important trade fair for waste water treatment in North America. The eye-catching Holland Pavilion was there to showcase the Dutch water sector.

The Holland Pavilion was organised by NWP, Water Alliance and ENVAQUA, in cooperation with the Netherlands Embassy in Washington and the Consulate General in Chicago, and  was financially supported by the Dutch Government. “We took the opportunity to present the Dutch expertise on water technology during various moments at the WEFTEC®”, Managing Director Hein Molenkamp from Water Alliance says.

Furthermore, a number of members were also represented via their US distribution partner, such as Landustrie and RHDHV.

As Water Alliance has built up a good relationship with various water cluster organizations in the US the recent years, Water Alliance was the only water cluster outside the US who was asked to participate in a pitching session, organized by the three leading American clusters. “As a result, we already have been able to link various Dutch innovative technology companies to partners in the US”, Business Development Manager Harro Brons says. Companies that pitched at this Sunday event include: Hydraloop, LGSonic, Paques, RHDHV with Aquasuite, NXFiltration, Staal Instruments and HAL24K.

In addition to being present at the Holland pavilion, Water Alliance also participated in three sessions at the Global Center stage. Managing Director Hein Molenkamp participated as a speaker during the following panel sessions:

– “World class Water Cluster”, with Korean Water Partnership and KECO
This session was opened by mayor Kwon of the city of Daegu in South Korea. The city where the Korea Water Cluster (KWC) was opened a few months ago. After the session, Mayor Kwon visited the the Holland pavilion with a large trade delegation.

– “Delivery of European partnerships to drive market opportunities”
A session with a number of water clusters from Spain (Catalan Water Partnership), the US (The Water Council) and the Netherlands (Water Alliance).

Under the leadership of Dean Amhaus of The Water Council (Milwaukee, Wisconsin), global water leaders from PUB Singapore (Sok Gek Ang) and KWC Korea (Jacee Yoon-Jeong Choi) discussed how further cooperation in GWTHA innovations can be accelerated to the international market.
Water Alliance’s Business Development Manager Alex Berhitu and NWP’s Renske moderated an innovation presentation with a number of Dutch technology suppliers on Tuesday. This session was established in collaboration between with the NWP, the Dutch Embassy in Washington and the Dutch Consulate in Chicago. The afternoon was wrapped up with a networking reception at the Holland Pavilion.

A visit to The Water Council

On Wednesday afternoon, a trip was planned to Milwaukee. In this city, you can find The Water Council, which is located in the Global Water Center. This party forms the center of an interesting innovation eco system, that can best be compared to the triple helix at Water Campus in Leeuwarden. Both Milwaukee and Leeuwarden are also partners in the UN Global Compact program , in which these two cities are the only ones worldwide that focus on water tech. Water Alliance and The Water Council are partners also partners in the Global Water Tech Hub Alliance. An intensive two-day program of matchmaking followed, meetings with various organizations and companies, excursions, conversations etcetera. In addition to participation from the Netherlands, companies from Catalonia, Spain were also represented together with the Catalan Water Partnership, along with a number of companies from Germany.

Due to the long-standing relationship between The Water Council and Water Alliance, various Water Alliance members became the first Dutch ‘overseas member’ of The Water Council with the aim of giving them faster access to the American market. Innovations such as the Hydraloop will be introduced the coming year. That goes beyond only an introduction to potential distribution partners; support in the field of legal, finance and possible local production will also be arranged. “On Friday evening we said goodbye tired and satisfied and the return trip to the Netherlands followed.”

In 2020, the Weftec exhibition will be held in New Orleans, Louisiana from 3 to 7 October. The places on the Holland Pavilion are limited, so timely registration is advisable. 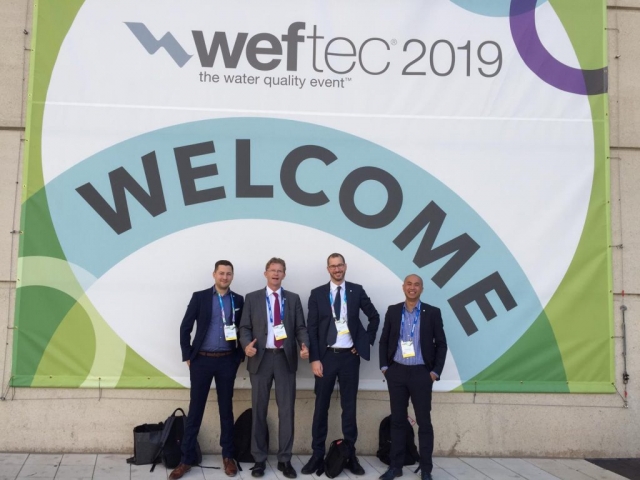 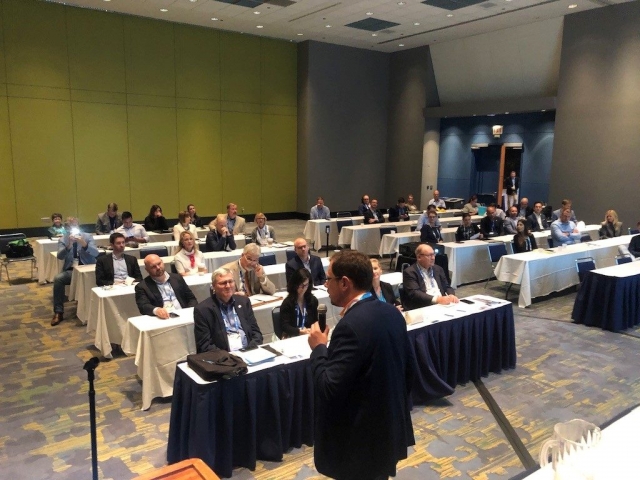 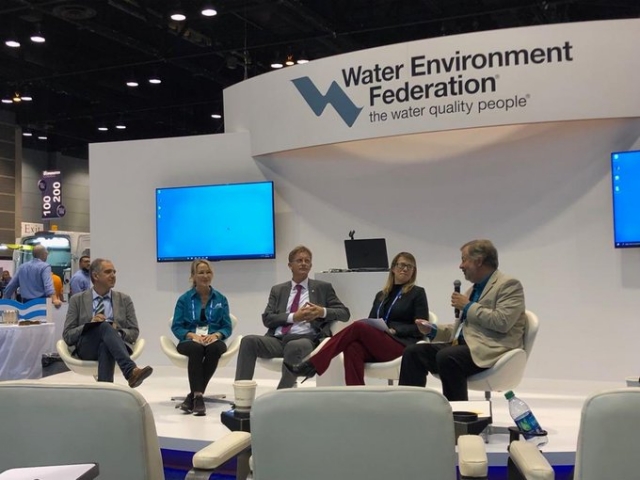 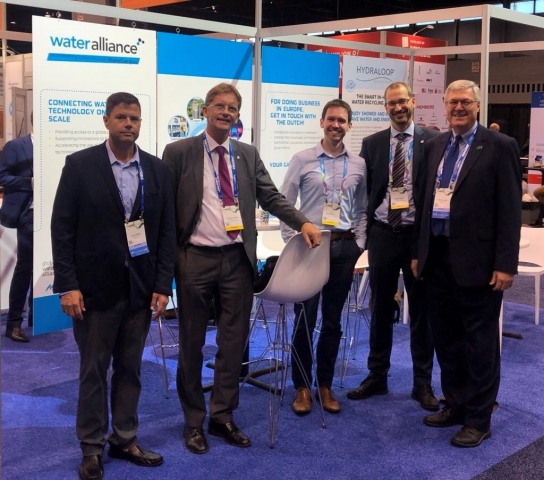 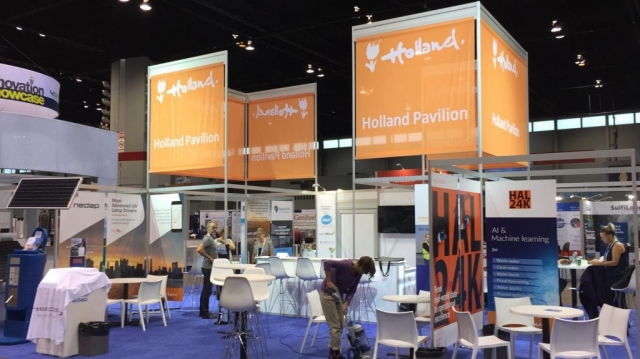 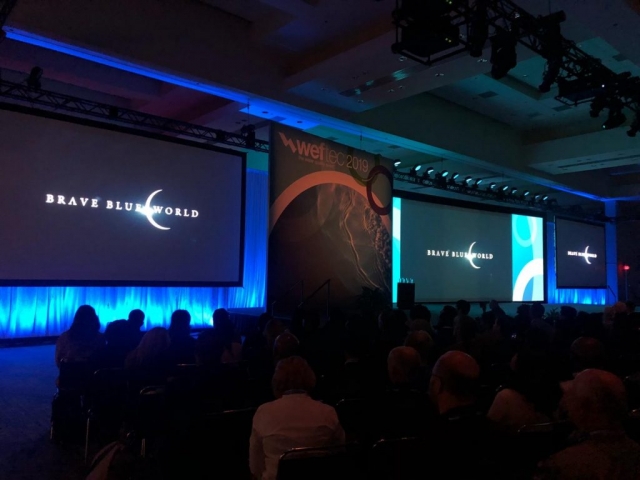 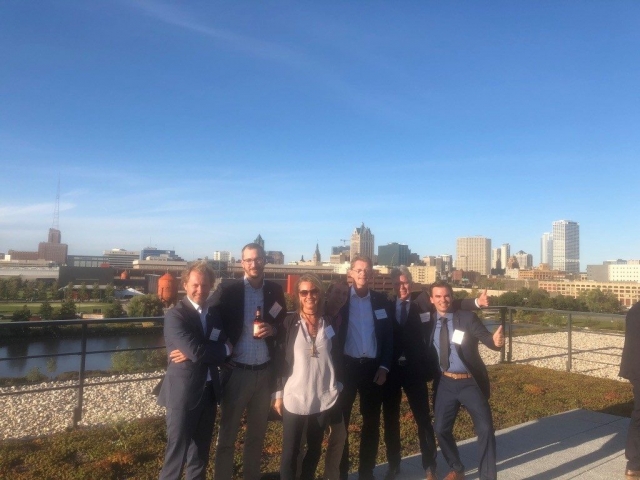 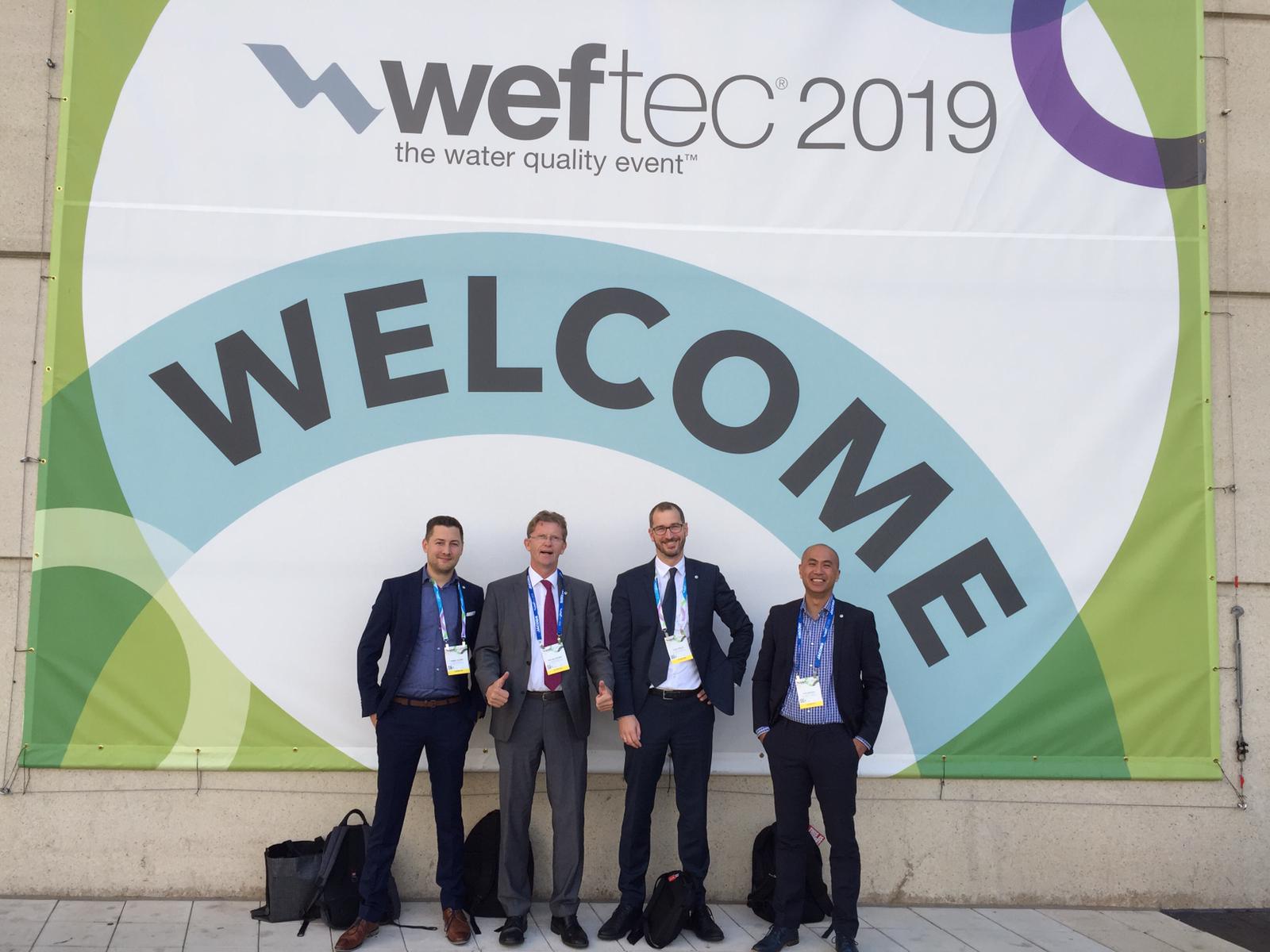