Water Alliance marks ten years of business in 2020. The network organization seized its annual symposium WaterLink on Thursday, January 16 to celebrate this extensively. Approximately two hundred guests looked back on the double lustrum at the WTC WestCord Hotel in Leeuwarden and shared knowledge with each other at stands and during theme sessions. Special Envoy for International Water Affairs Henk Ovink: “Water is a lever for sustainable development.”

The special edition of WaterLink was opened by the country’s first Special Envoy for International Water Affairs Henk Ovink. As an ambassador for the international water sector, Ovink travels around the world to draw attention to Dutch expertise in the field of water. He admires the entrepreneurial mentality and specialist knowledge of the Water Alliance members, which for a large part consist of SMEs. “We dare to innovate and excel, I think it would be safe to say that we are a delivery room. But make sure the bed does stay too warm, as we need our innovations to go all over the world.”According to Ovink, cooperation and scaling up are crucial. “Not only the water sector should be be considered. Water also plays a role in issues such as the growing world population, climate change and food security. Seventeen sustainable development goals have been set by the UN and water plays an important role in each on of those. Water is the lever for sustainable development. Investments in the water sector are gains for other sectors”, the Envoy said.

Looking back with partners

Water Alliance invited a large number of partners to look back together on the past ten years and the mutual successes achieved. Aquatech Amsterdam, Wetsus, the municipality of Leeuwarden, the province of Fryslân, Wetterskip Fryslân and members such as Landustrie joined the team. “Water Alliance has grown from a small startup with a handful of members, to a club with 110 affiliated companies,” said Hein Molenkamp. “We started as a Northern Netherlands cluster, but now have national coverage and international global connections. We are seen as a respected discussion partner. As Water Alliance, our goal is to turn this into business cases for our members. ”During WaterLink, participants were able to participate in all kinds of theme sessions.

The Water Alliance Innovation Stimulation Award, to which a marketing support package of 10,000 euros is linked, will be presented in September 2020 during the “European Water Technology Week” in Leeuwarden. The first introduction took place at WaterLink. Nine nominees held a short pitch, after which the audience could express a preference. The Susfire, a technology from the start-up Susphos to extract phosphate from waste water, took home the majority of the votes for that day.

Hydraloop proved that winning the WIS award can be a business accelerator. In 2018, the WIS Award was won by the company. Hydraloop created a water recycling system for households that collects the water from the shower and washing machine and purifies it for reuse. After winning the WIS, the company received a huge amount of publicity and won various prizes, such as ‘The Best of the Best’at the Consumer Electronic Show (CES) in Las Vegas. “The CES has nothing to do with water, but with consumer electronics,” CEO Arthur Valkieser said at WaterLink. “We were among companies such as Samsung. It started for us in Leeuwarden, where the foundation has been laid. The WIS Award was a huge recognition for our work. ”

“Water, theme of the 21st century”

The success of the Hydraloop hadn’t escaped Leeuwarden’s new mayor Sybrand Buma. He congratulated the company in his closing word at WaterLink. “This is why Leeuwarden is named UN Innovating City. This is the time that not only large companies but also small startups with courage conquer the world and water is the theme of the 21st century. The water technology sector makes a contribution in important areas. The municipality wants to support that wherever possible. 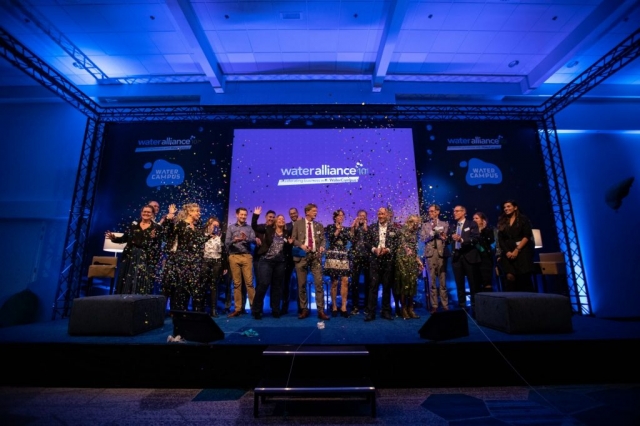 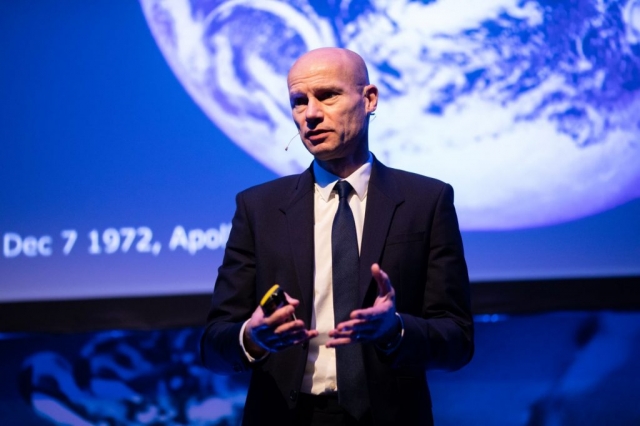 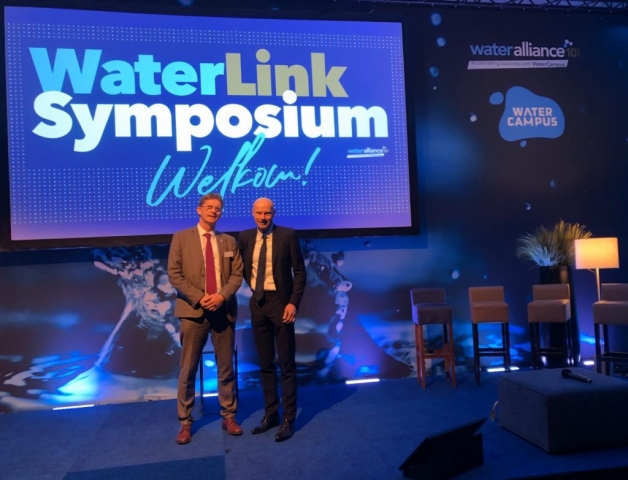 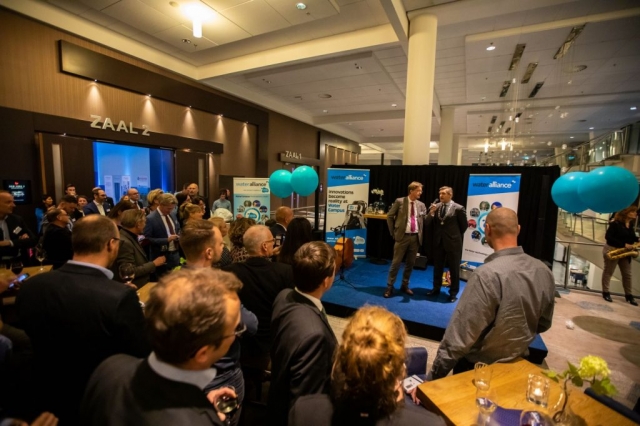 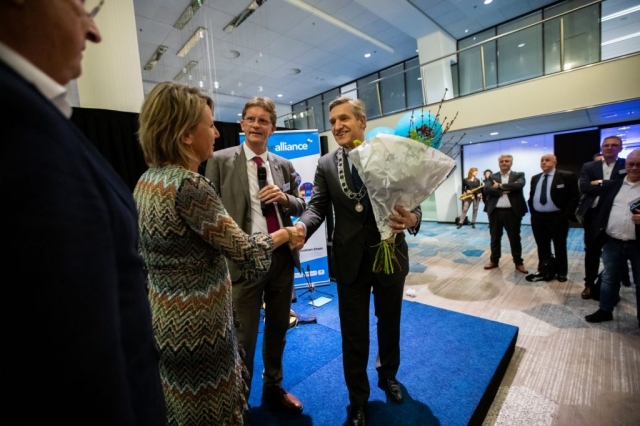 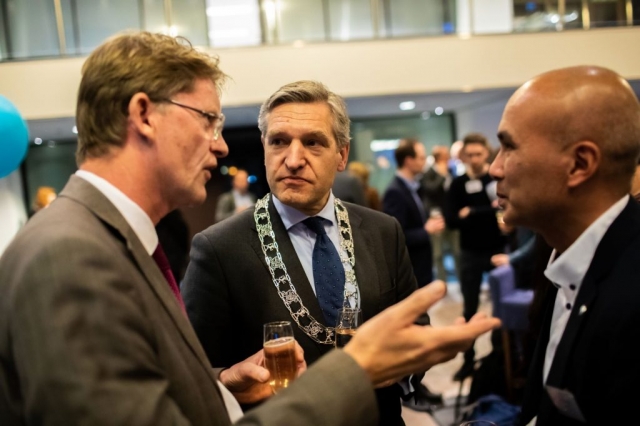 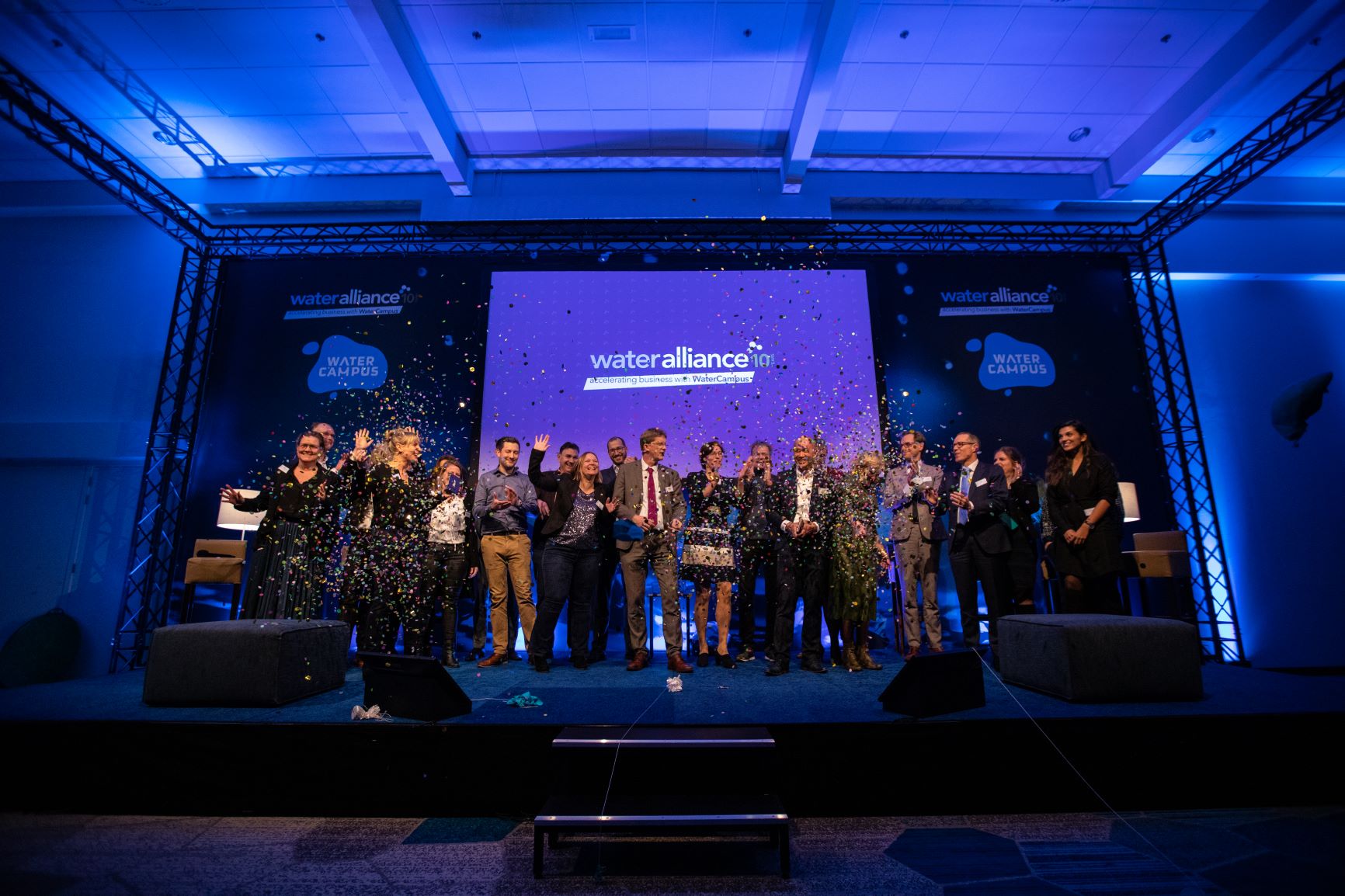