Water Alliance member Hydraloop has won Best of Innovation in Sustainability,  Best Start Up and Best of the Best at CES 2020 in Las Vegas. The product has also been named to TIME’s inaugural Best of CES list, which recognizes the 25 most exciting and creative products shown at CES this year.

CES® Is the Global Stage for Innovation

CES is the world’s gathering place for all those who thrive on the business of consumer technologies. It has served as the proving ground for innovators and breakthrough technologies for 50 years — the global stage where next-generation innovations are introduced to the marketplace.  Engadget, the original home for technology news and reviews, has been judging the winners in the official Best of CES Awards since 2014 and  revealed the official Best of CES Award winners this morning.

Hydraloop is headquartered at the water technology center the Water Campus in Leeuwarden, the Netherlands (a United Nations Innovating City). The company won the Water Alliance Innovation Stimulation Award (WIS) 2018, which introduced them to the worldwide market and to the Global Water Tech Hub Alliance. That last introduction led to a US office at the Water Council at the The Global Water Center in Milwaukee, that opened earlier this year.

Hydraloop has worked on research and development for a decade to produce water recycling systems to drastically reduce water usage. The result is a system that is affordable and easy to use, low-maintenance, and doesn’t compromise convenience or personal hygiene. In November 2017, the company brought their first product to market in the Netherlands. Hydraloop made their global launch at CES this year, where it won the Best of Innovation award.

“The Hydraloop isn’t just a charming bit of modern home decor — it’s also a highly sophisticated water purification system. Once installed in your home, it takes in outgoing wastewater and uses six widely-accepted treatment methods to sterilize the water, which can then be reused in toilets, washing machines, pools and even in the garden. And the best part? Hydraloop’s founder claims an average family of four stands to save tens of thousands of gallons of water per year, which should be just as good for your wallet as it is for the planet “, Chris Velazco Senior Mobile Editor from Engadget says. Associate Features Editor Chris Ip adds: “Think of Hydraloop as a household water recycler. Wastewater from, say, the bathtub goes in; clean water to flush toilets comes back in. That could recycle some 85 percent of water used at home, reducing water consumption by 45 percent, according to the company. While not cheap at $4,000, the unit has the advantage of being a “set and forget” device. Sustainable practices will really take hold in people’s daily lives when they’re frictionless, and that’s what Hydraloop aims for.”

“Which brings us to the best of the best, and the Hydraloop wins again! This is our first year judging sustainability products, and it feels good to see the winner of that category go on to win best in show. The 15 category winners are diverse, and all winners in their own right, but Hydraloop won our team’s vote by a significant margin. Why? Well, as mentioned in its two other wins, the Hydraloop has the potential to reduce domestic water consumption significantly, and negate one of the inevitable effects of climate change: water shortages,” Engadget’s Editor-in-Chief Dana Wollman says about the Water Alliance member in an announcement of all CES2020 winners here. 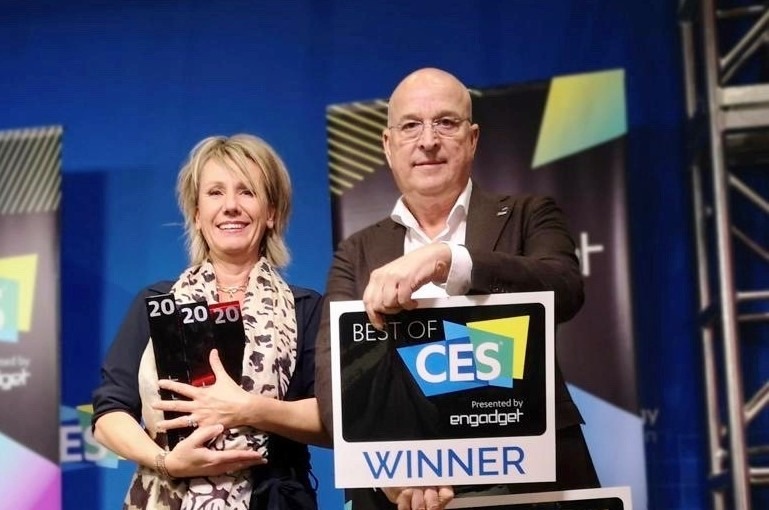