The headlines were full of it: the largest Dutch trade mission to India. Water Alliance’s Managing Director Hein Molenkamp was present with other Dutch entrepreneurs, various ministers, state secretaries, King Willem-Alexander and Queen Maxima. As an official state visit also took place at the same time as this trade mission, sectors such as Water, Agriculture and Health (including ‘Watertech’ and ‘Digital Innovation’) were high on the agenda.

Hein Molenkamp states: ” The rapidly growing market in India has many challenges, among which water certainly plays a crucial role. The growing need for food and the promptly growing population, both in rural areas and in cities require new solutions to solve the continuously growing water problems. Companies that already have solid ground in India such as RHDHV and Paques, see their business growing fast. I would recommend interested water technology companies from the Netherlands to explore their potential in this market the coming years.”

A two-day technology summit between India and the Netherlands began in New Delhi on October 15, 2019. It saw Minister for Science and Technology Harsh Vardhan call upon researchers and the industry in the two countries to work together towards finding solutions to not only problems of the two countries but also to address global issues such as climate change.Noting that the two countries had flourishing ties in science, technology and innovation, he said, “Today we not only mark one decade of collaboration in research, but also celebrate 400 years of friendship and 72 years of diplomatic ties with the Netherlands.”

This year’s Tech Summit was themed with the connection between the topics agriculture-water-health care. India and the Netherlands will collaborate more intensively on innovation in these areas in the coming years. The Ministry of Economic Affairs and Climate (NL) and the Ministry of Science and Technology (IN) are preparing a joint knowledge and innovation agenda for this.

During  the tech summit, Molenkamp was asked to participate in the following sessions:

Other Water Alliance members also participated in the various meetings during the TechSummit 2019, including Bluetec, Paques and RHDHV. Paques has its own branch in India since 2013, called Paques India. They already have dozens of references throughout the country. The company Berghof Membranes participated in the IFAT trade fair in Mumbai after their participation at the Tech Summit.

‘Entrepreneurship and technology without borders’

On the first day of the Tech Summit, 40 agreements were concluded between Indian and Dutch companies, governments and knowledge institutions. The total estimated value of the agreements is 650 million euros, according to calculations by the Dutch embassy in Delhi.

Ineke Dezentje Hamming, vice-president, Confederation of Netherlands Industry and Employers, VNO-NCW, noted that the two countries could work together on areas such as dredging, agri and food processing and start-ups among others. She stated that entrepreneurship and technology have no borders, and the Netherlands was ready to join India in its quest for development.

In addition to the Tech Summit, there were also a number of other activities in which Molenkamp participated. Among other things, he opened during a session of Get into the Ring, a start-up pitch event where both Dutch and Indian start-up had the opportunity to present theirselves. 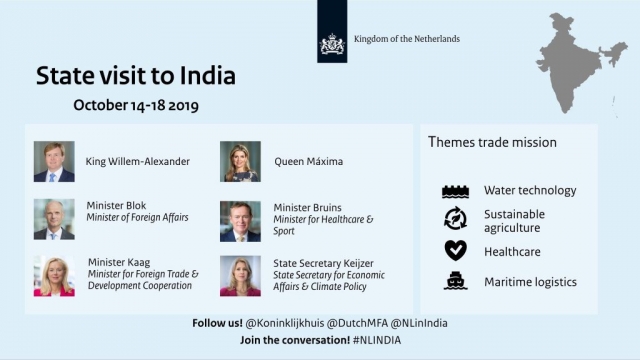 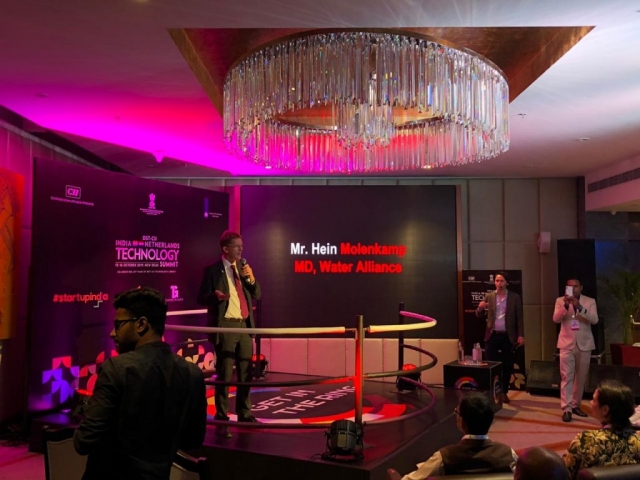 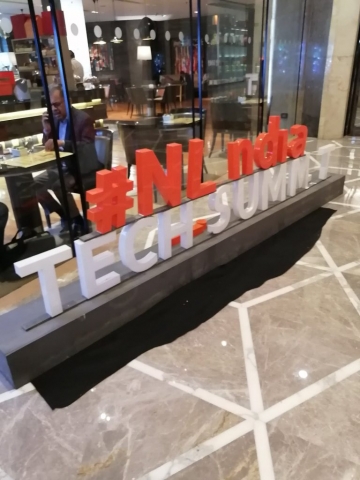 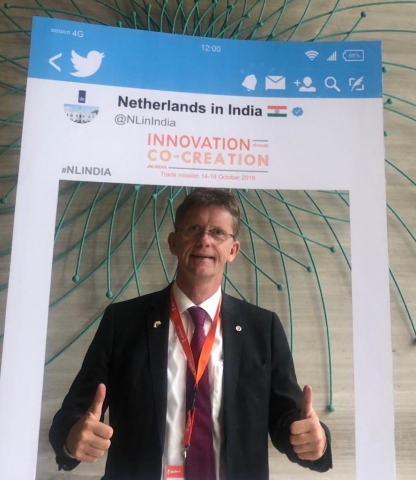 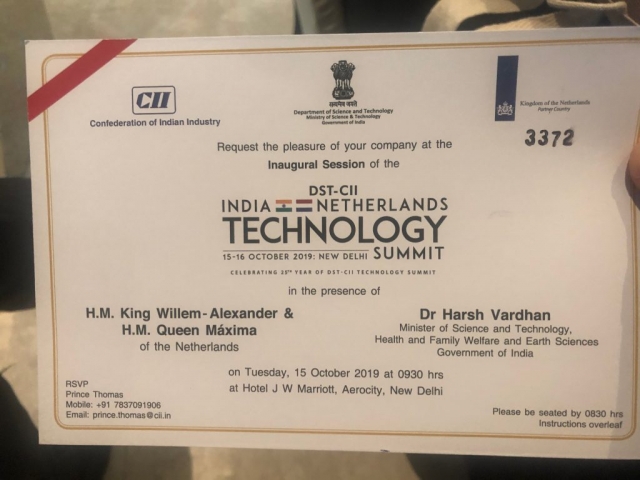 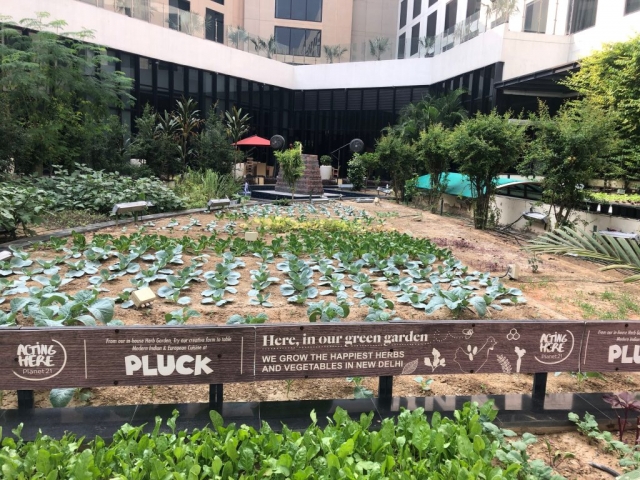 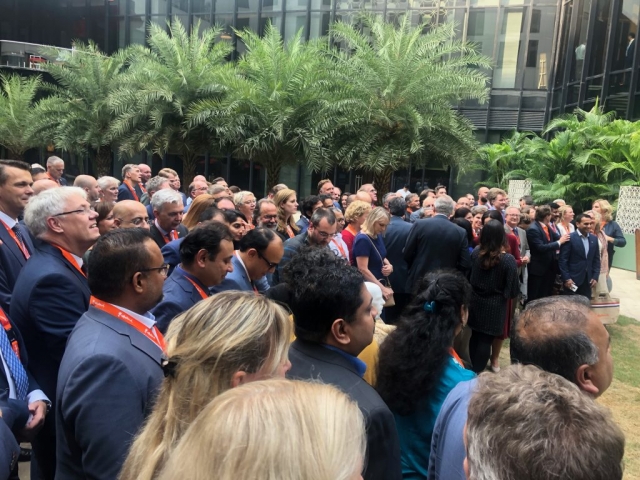 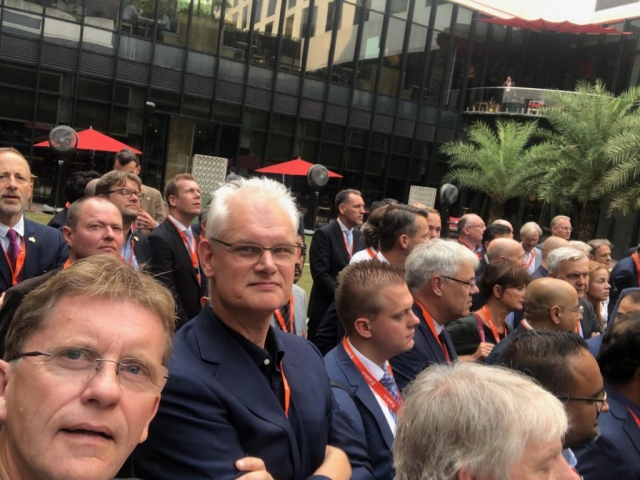 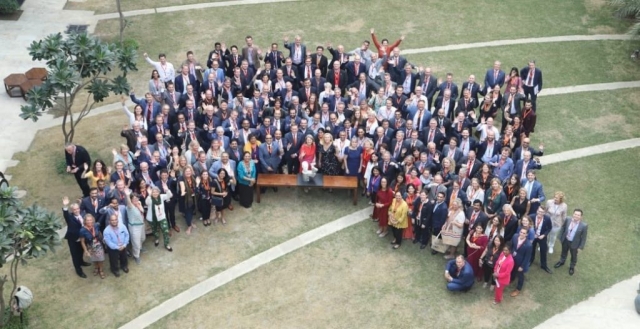 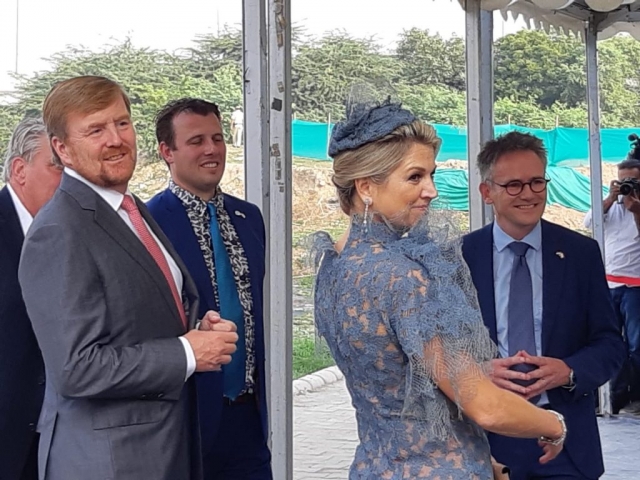 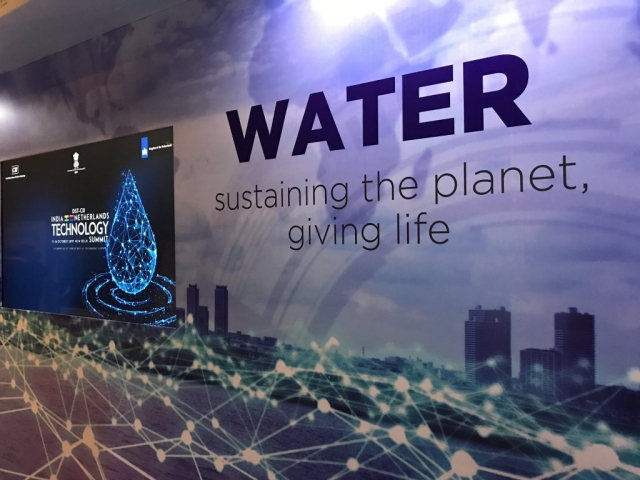 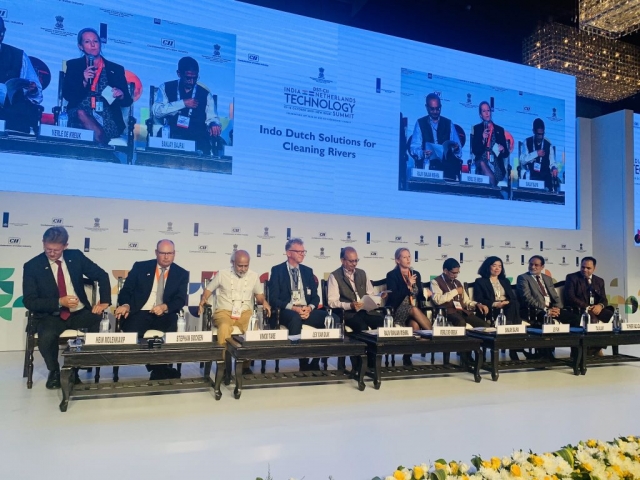 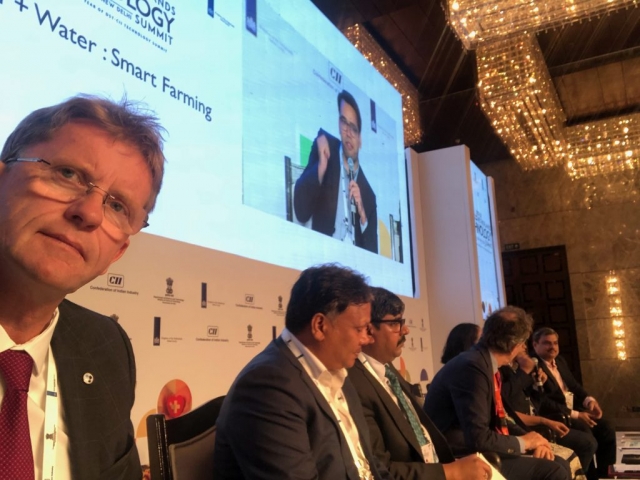 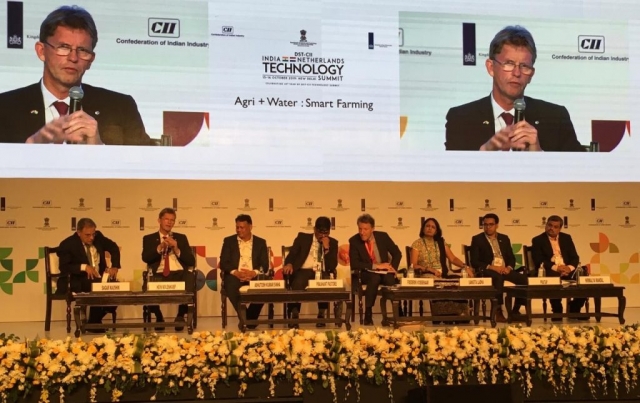 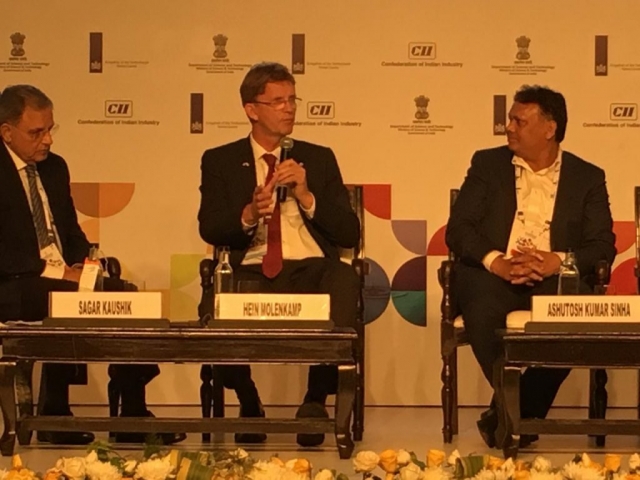 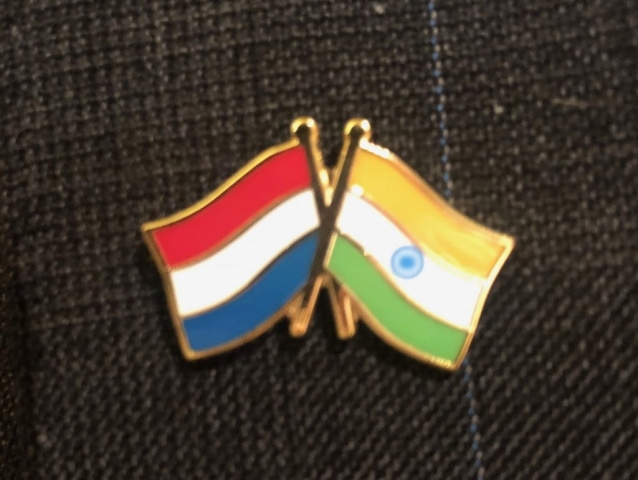 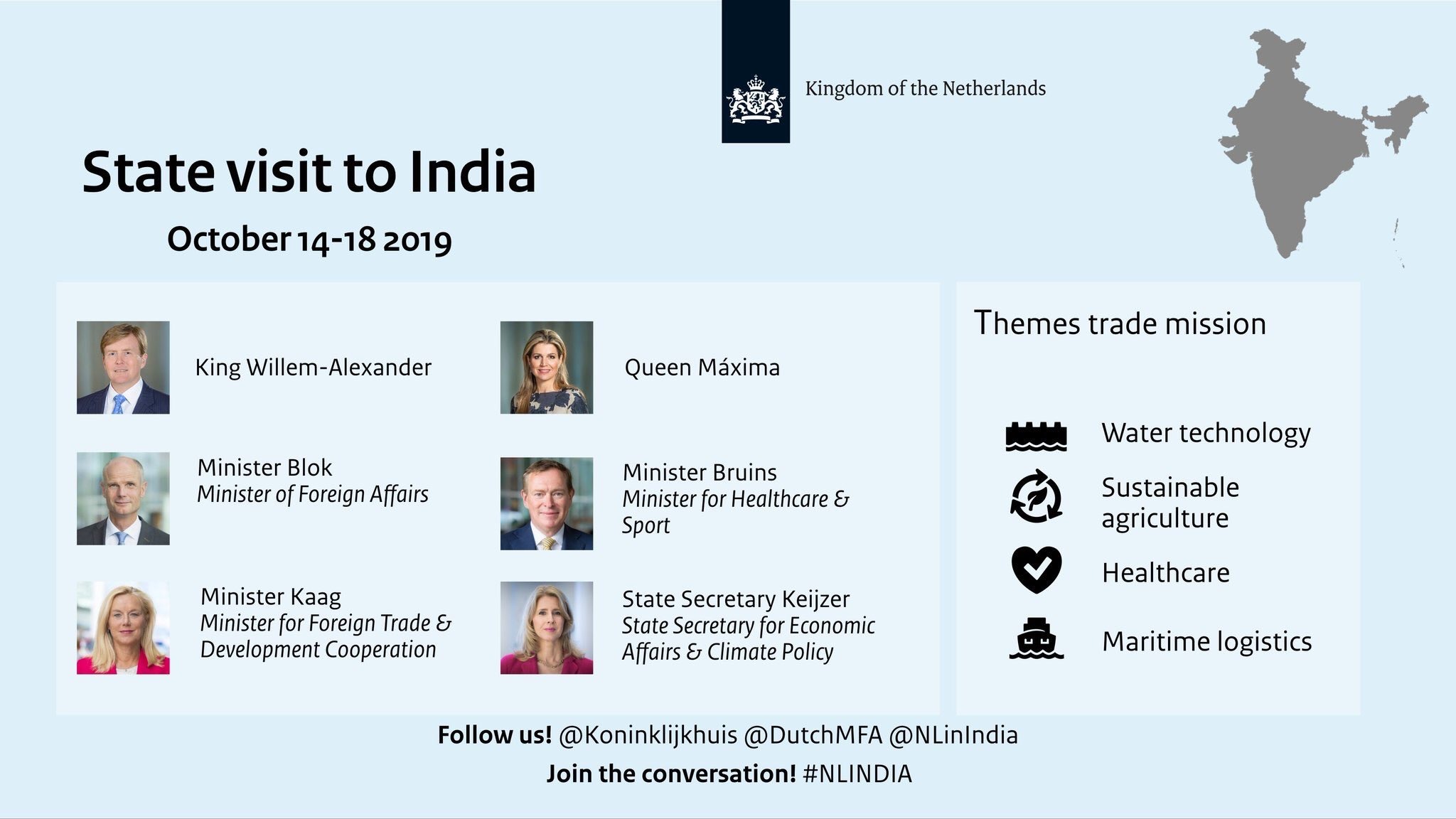