The prize was won after an exciting Grand Finale during the European Water Technology Week (EWTW). This event was held from September 19 to 22 at the WTC Leeuwarden. The WIS award is the innovation prize that the Water Alliance presents annually to a company with a remarkable water innovation. Linked to the award is marketing support worth 10,000 euros.

Ferrate(VI) is worldwide known as the strongest oxidant for water treatment of (industrial) wastewater. Unlike commonly used chemicals for water treatment, Ferrate(VI) is environmentally friendly and biodegradable. Until now, it was not possible to produce Ferrate(VI) stable and sustainable, but Ferr-Tech has developed a process by which Ferrate(VI) becomes stable and sustainable for industrial use. Industrial processes thus become more sustainable, energy efficient and circular. The jury of the WIS found Ferr-Tech to be a convincing winner with this innovation, but at the same time indicated that the decision was difficult this year, given the many exceptional innovations that competed.

By the way: the WIS Award is not only about the smart innovation. The jury also looks critically at the business case and business growth potential. So the participants also had to explain which markets they plan to conquer and how they plan to do so. Ferr-Tech wants to use winning the WIS Award primarily to support international marketing. Thus, the company’s ambition is to conquer the world. Starting in the U.S.A, where its own plant will be built in 2023; but a later expansion to the Middle East is also planned.

Over the years, the WIS Award has grown into a special place full of golden ideas. And often seems to be a prelude to an international breakthrough for the winner. In previous years, for example, Hydraloop Systems and Samotics, among others, won the award. Companies that are still growing rapidly and already serve a wide range of international customers. 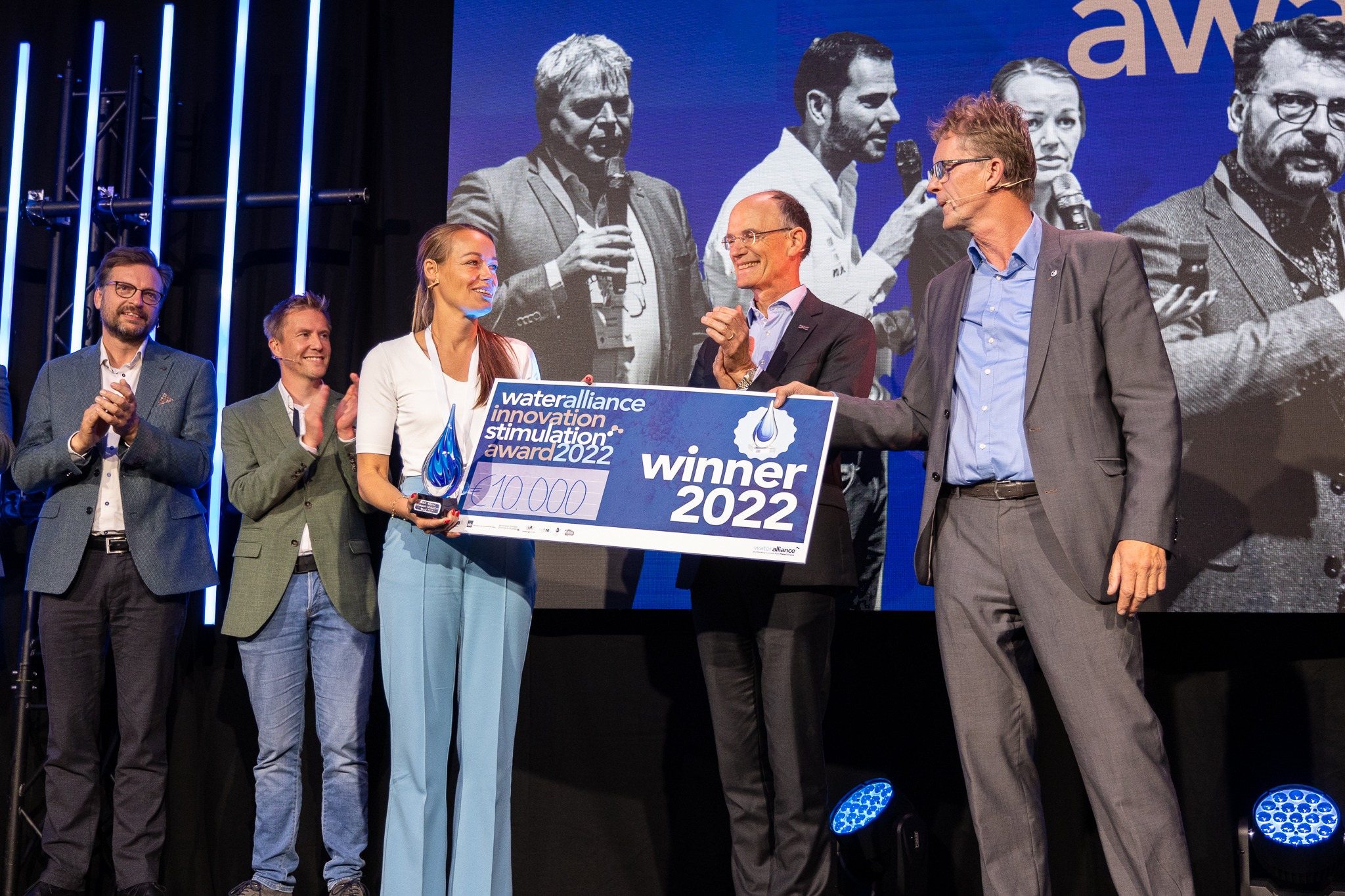