Hein Molenkamp, Director of Water Alliance, as well as Dutch water envoy Henk Ovink attended Watec in Tel Aviv, Israel on 12-14 September of this year. They both represented the Netherlands with presentations and in panel discussions. They were also members of the jury of the Wetskills-Israel Challenge 2017. The Watec is a prominent water trade show and congress which is visited by many foreign delegations.  Molenkamp as well as Henk Ovink were given the opportunity to address those present.

On the first day, Ovink spoke in a panel consisting of experts from several countries about the following topic: ‘From Scarcity to Abundance: New Perceptions about Water Value’. Hein Molenkamp’s presented the Netherlands, as European Watertechnology Hub working together with Hubs all around the world, on accelerating water innovations. The Water Alliance Director outlined how the Dutch innovation ecosystem is built on and around the WaterCampus. In Israel this is considered to be an excellent example of best practice.

One prominent member of Water Alliance present in the trade show was Dutch company Aqana. Aqana is a joint venture between the Dutch Water Technologies Group and Israeli company Aqwise and has developed a biological wastewater purification technology based on anaerobic sludge on carrier technology. This technology is primarily used in the food and beverage industry and recently also started being applied in the paper industry. Projects have been carried out in more than 10 countries in the meantime.

And then there was Wetskills-Israel. For those who are unfamiliar: The Wetskills Water Challenge is a two-week pressure-cooker programme where students and young proffesionals work together with companies on watercases. Three teams participated in Israel, with a mix of Dutch and Israeli students. The participants gave their pitch in front of the audience as well as an international jury with first prize going to the ‘Odour Control’ team: Odour prevention on municipal sewage by case owner: Mey-Avivim, Tel-Aviv Water Company. Two Dutch students from Rotterdam were a part of this winning team. 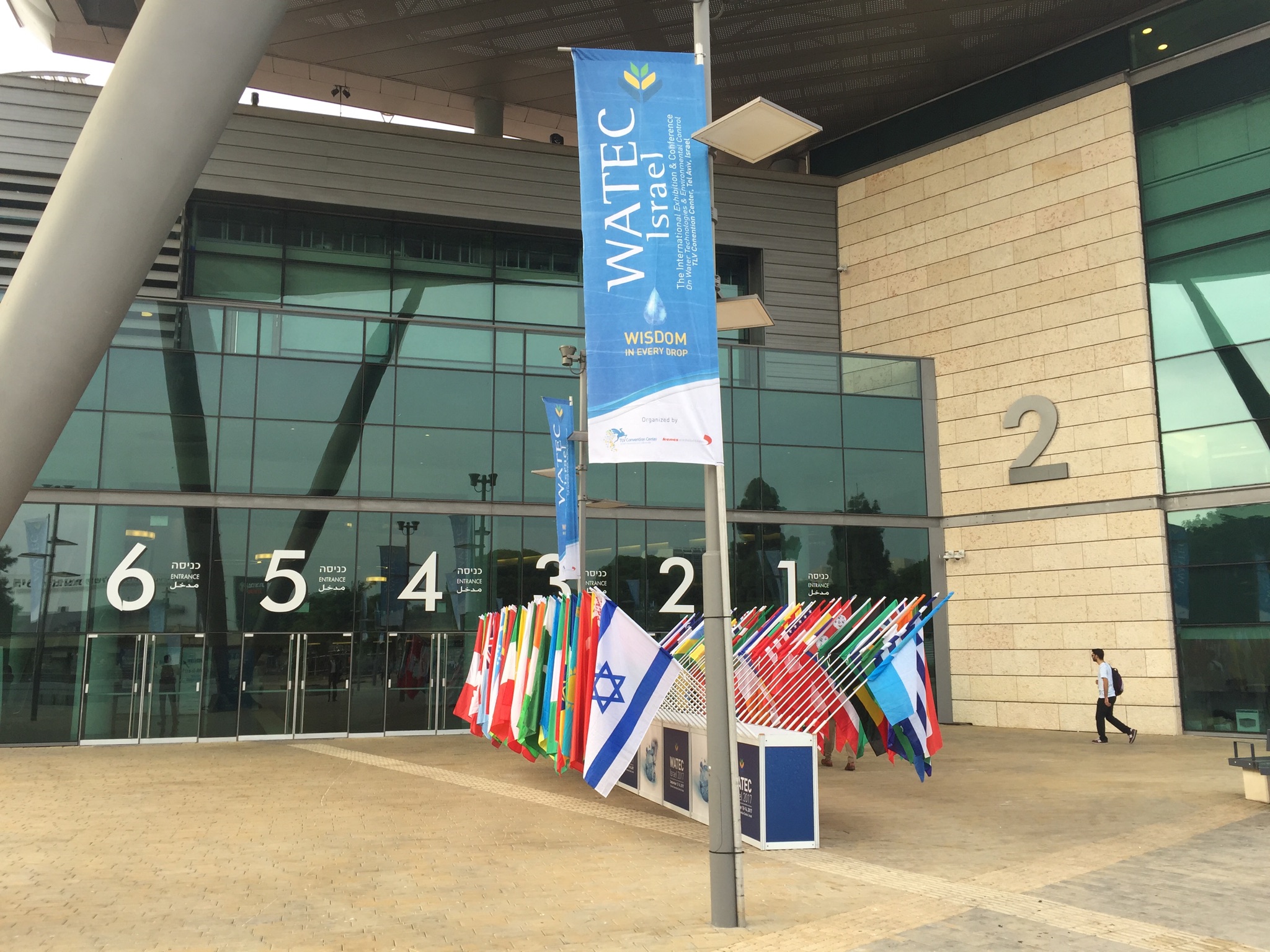