The award consisted of multiple (six) categories where WaterCampus was nominated in the supporting the sustainable transition. The other finalist was the German ScaleUp4Sustainability (S4S).

WaterCampus ecosystem
On the second day of the three day event the Supporting the Sustainable Transition EEPA session drew a large crowd. Thomas Cooney from the TU Dublin led the session with a big focus on entrepreneurship, and what is needed to succeed. Klaus Fichter and Lina Tsaltampasi together with WaterCampus Ronald Wielinga held an interesting panel discussion about pioneering. As all represented unique ideas brought to life. The main conclusions of the session were, that you must have an enthusiastic team, allocate the right resources and seize opportunities.

Ronald also spoke about how and why the WaterCampus came to be, from its early inception until now. Especially why it is in the city of Leeuwarden in the province of Fryslân which doesn’t have a university. Also how the ecosystem drives innovation and entrepreneurship.

As an event the SME Assembly 2022 was packed with educational workshops, masterclasses, webinars, networking opportunities, and inspiring presentations by key European figures in entrepreneurship and innovation. Numerous awards were presented during the three-day-long event. It also provided ample opportunities to (re)connect with peers. 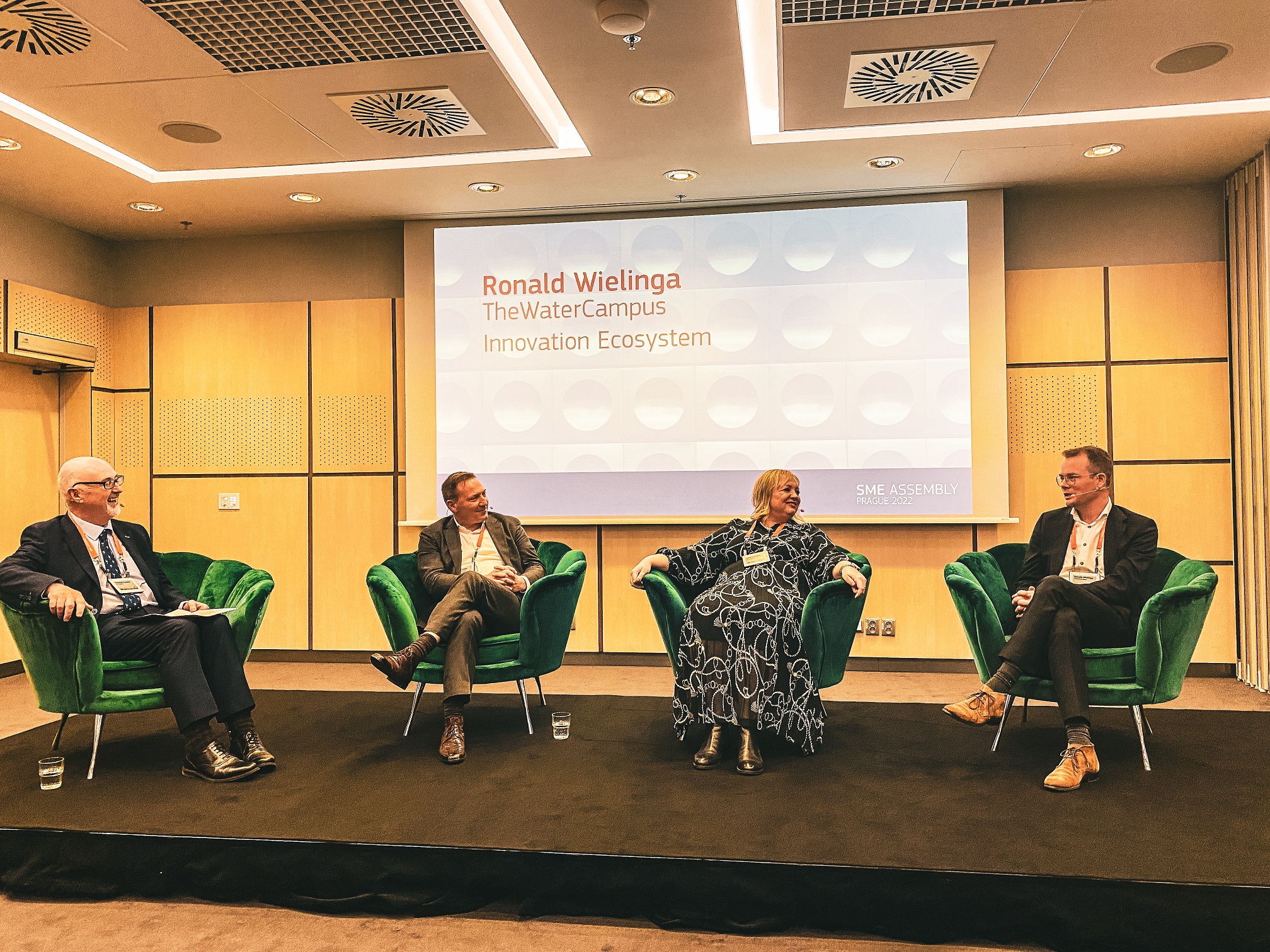