Fleet Cleaner took home the Water Innovation Stimulation Award 2016 for their development of a robot that can clean and inspect the hull of a ship while being loaded or unloaded in the harbour.Six Dutch 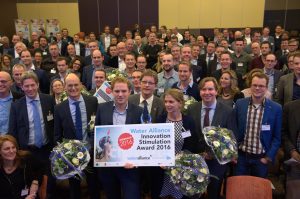 entrepreneurs participated in the Finale Battle for the WIS Award in Leeuwarden, the Netherlands on 19 January. The six innovative water technologies that were pitched included, Fleet Cleaner, Upfallshower by Upfall, 2B Safe by Bright Spark, Water business box by Susteq, MD water power unit by Bredenoord.

The pitch battle is organised annually by Water Alliance, a public-private partnership to stimulate the business development of Dutch water technology. The winning pitch was by Alex Noordstrand, one of the two inventors of the robot and director of the technology start-up Fleet Cleaner. He received a cheque of 10.000 euro to support the marketing and communication of the innovative product. The running-up award went to Upfallshower and the audience award to DNRI-Acao.

Cleaning of ship hulls is mainly done by divers outside harbours. The new developed robot by Fleet Cleaner allows the cleaning to take place while the cargo is uploaded or unloaded. The robot is attached to the hull of the ship with strong magnets. While moving over the hull computer guided, it removes fouling, such as slime, algae and barnacles. A prototype of the Fleet Cleaner is currently tested on pilot ships in the harbour of Delfzijl, the Netherlands. In his pitch Alex Noordstrand revealed his company’s ambition to sell over 100 robots to be operated in harbours worldwide. “A great boost”, said Noordstrand in his reaction after having received the award. “When we started several years ago as students not everyone took us seriously. We now know that we have a unique product. For an average container ship of 200 meters long, a cleaning can save up to 300.000 euro a year in fuel savings. We now have requests from all over the world.” 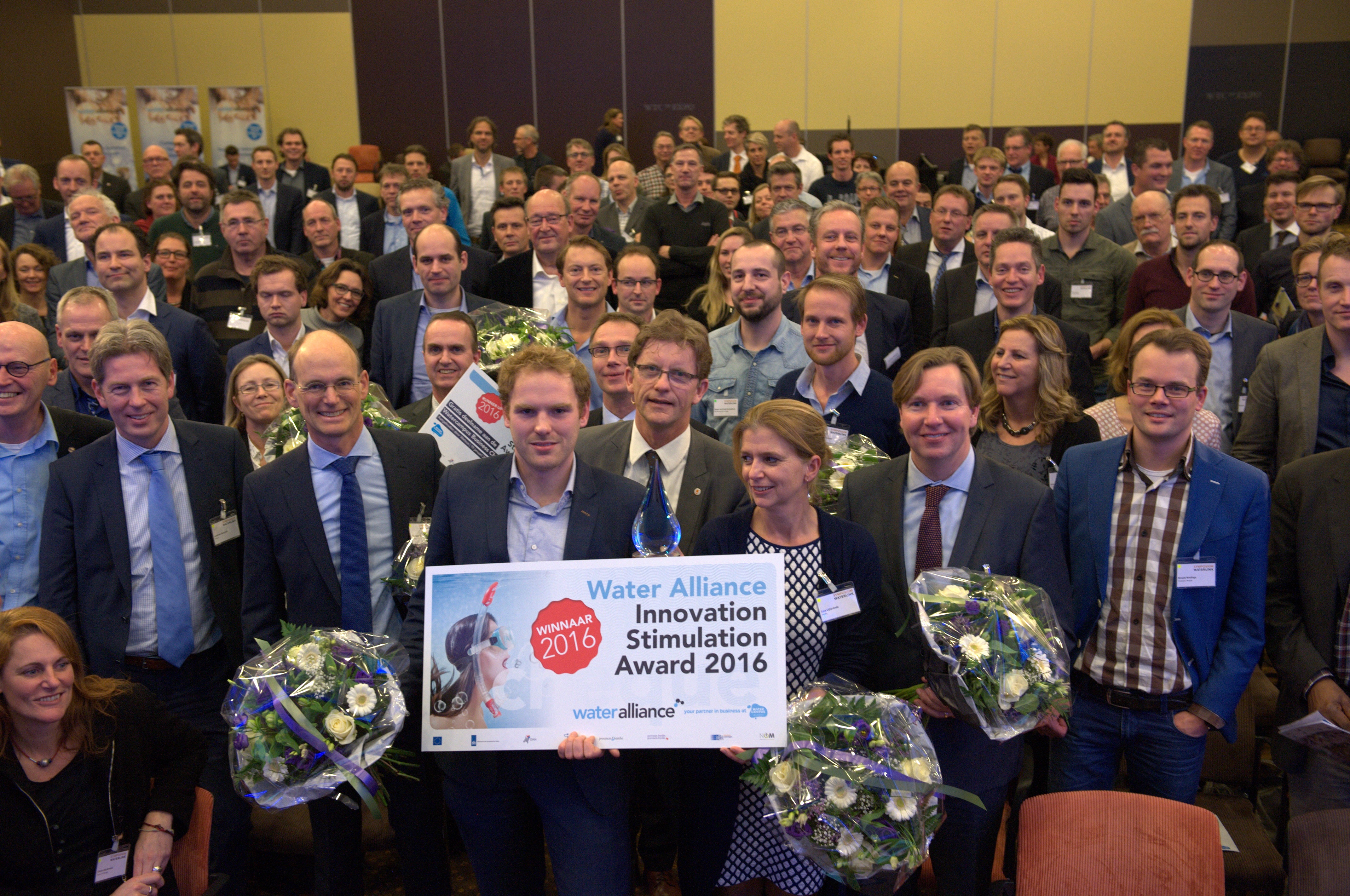