The Grift is a stream that has its source just outside Apeldoorn. The Grift picks up water from several branches and channels it through the landscape. As there are lots of changes going on in the urban area of Apeldoorn, Regional Water Authority Vallei en Veluwe has worked in cooperation with Eijkelkamp Soil & Water to install a flow rate meter. Hydrologist Harmen van de Werfhorst, who works for the Regional Water Authority, tells us more about it.

‘As a hydrologist at Regional Water Authority Vallei en Veluwe, I deal with water management. Our department makes sure this is done well. After all, as a water board, our job is about meeting standards on a daily basis – one of those standards is that we have to keep people’s feet dry. In the urban area, that means not letting houses get flooded. We use several mathematical models to monitor this. Those models involve various formulas for calculating water level and discharge. But we want to check the calculated outcomes with actual measurements. If the calculated water level or discharge deviates too much from the measured water level or discharge, we have to adjust the model until we are satisfied with the result.’

‘The project on the Grift is a great example of this. The Grift has its source just outside Apeldoorn. The Grift picks up water from several branches in Apeldoorn and channels it along here. But there’s a lot of upheaval right now in the urban area of Apeldoorn. Streams are being rerouted above ground, and rainwater is being redirected off various hard surfaces, such as roofs, car parks and roads. The water used to drain from them via the sewers to the purification station. But the precipitation that falls is relatively clean, so we said we wanted to segregate it as far as possible. Ideally, the rainwater should end up in the surface water, but we want to keep a close eye on things to make sure it’s all working OK.’

‘We have a similar system by Eijkelkamp Soil & Water in the Renkums Beekdal, and we’re very happy with it. There used to be a flow rate meter in the Grift, a bit further upstream, but we had a lot of issues with buildup of sand and silt. This made the measurements unreliable. In the end, we went looking for a new suitable location that would give us reliable data.’

‘We’re now doing live measurements, so we can monitor water level and discharge realtime. There’s no alert linked to it, but that’s certainly a possibility for the future. We installed the flow rate meter in September. So we now have data from the autumn period and some of winter. It’s still too soon to spot trends, but we are seeing seasonal influences. In September, for example, the discharge was lower. And we had a lot of rainfall in the autumn, which also increased the discharge.’

‘As well as installing the meter, Eijkelkamp Soil & Water advised us on the choice of location. We really enjoyed working with Eijkelkamp Soil & Water, and we’re happy with the equipment. It’s robust and, so far, we haven’t had any faults or other issues. The project is long term; we haven’t yet set an end date. Once the data set is long enough, you can derive all sorts of interesting information from it. After a while, we may well be able to detect the influences of climate changes.’ 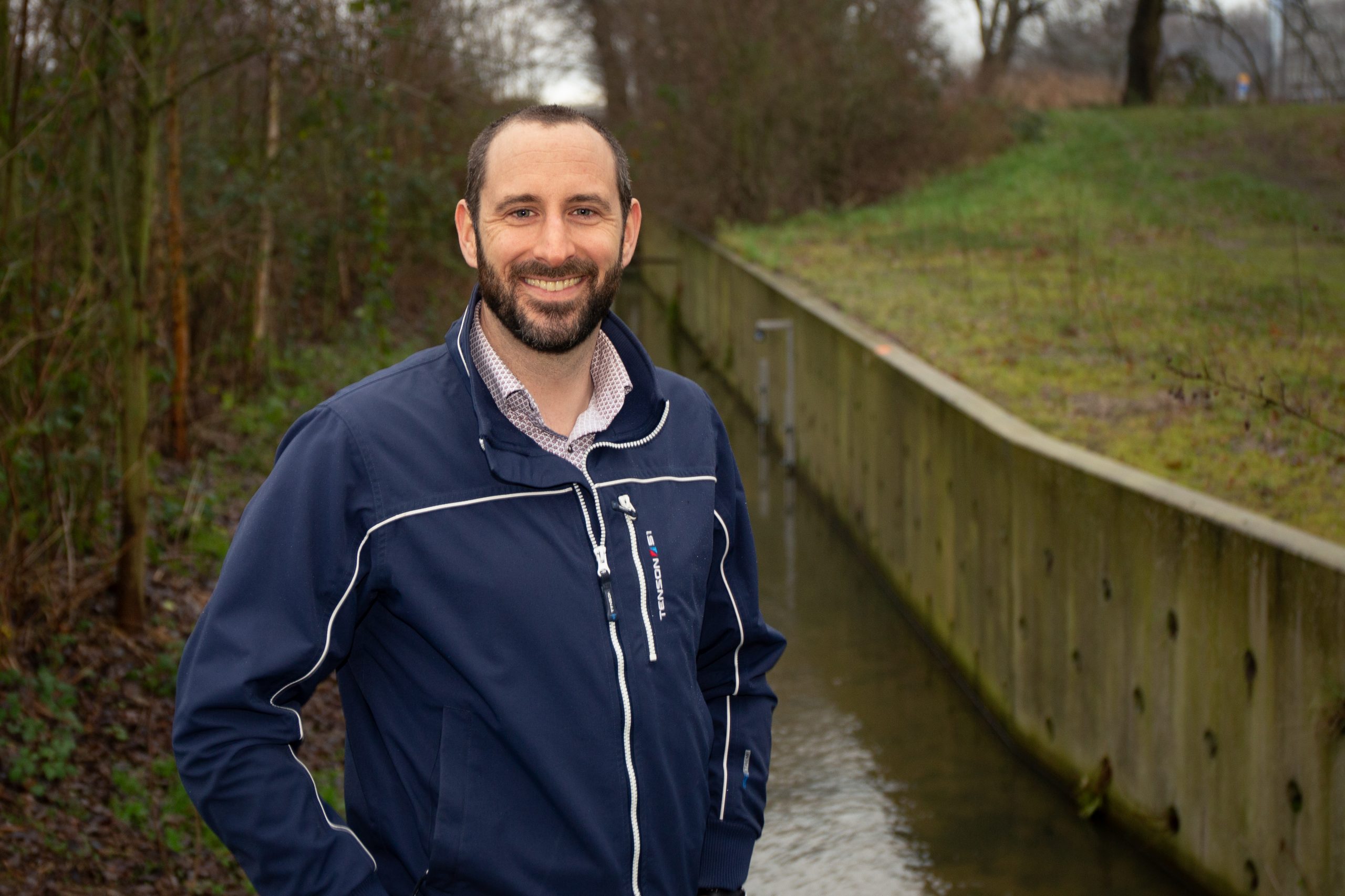