On February 14 the Dutch Waterboard Rivierenland and ELIQUO signed the contract for the design and construction of the new wastewater treatment plant (WWTP) Dodewaard. The new plant will be equipped with the Nereda® technology to treat the sewage from 70.000 inhabitants of the surrounding area. With solar panels, the plant will become 100% energy autonomous.

In 2018, Waterboard Rivierenland opened a Best Value tender for the extension of the WWTP Dodewaard increase the existing capacity at the plant, built in the 1980’s, and consolidate the operations of four smaller treatment plants in the service area. An important tender requirement was the energy autonomous operation of the new plant with solar panels. Therefore, ELIQUO compared various available technologies and finally selected Nereda® as the most effective solution. In close cooperation with the project partners Van Hattum and Blankevoort and Royal HaskoningDHV, Eliquo submitted the winning tender design to the Waterboard.

Nereda® is a sustainable and cost-effective technology for sewage treatment. It requires substantial less building space compared with conventional activated sludge systems. Furthermore, the process can reduce energy-costs by up to 50%. The award-winning technology, invented by the Delft University of Technology in the Netherlands, has developed into a unique public-private partnership between the University, the Dutch Foundation for Applied Water Research (STOWA), the Dutch Water Authorities and Royal HaskoningDHV.

A solar park next to the new plant will provide all of the required electricity to power the new treatment processes. Leen Boltjes, project manager at the Waterboard, says: “This Waterboard aims to be 100% energy autonomous by the year of 2030 and strives to generate 40% of its own electricity consumption by the year 2020. This new plant will substantially contribute to this set goal”.

Waterboard Rivierenland will locate the new plant next to the highway A15 in east direction. Groundbreaking is scheduled for autumn 2019. Right after the start-up and commissioning of the new plant in autumn 2020, some of the existing structures will be renovated and modified in order to perform new functions in the new treatment concept. Rick Langereis, director of ELIQUO, adds: “by applying circular design principles existing structures could be re-used for the new plant configuration”. ELIQUO will be the responsible main contractor and provide all mechanical and electrical works. Partner Van Hattum en Blankevoort will take care of all civil works, as where Royal HaskoningDHV will be responsible to deliver the Nereda® technology and critical support for start-up and commissioning of the new plant. 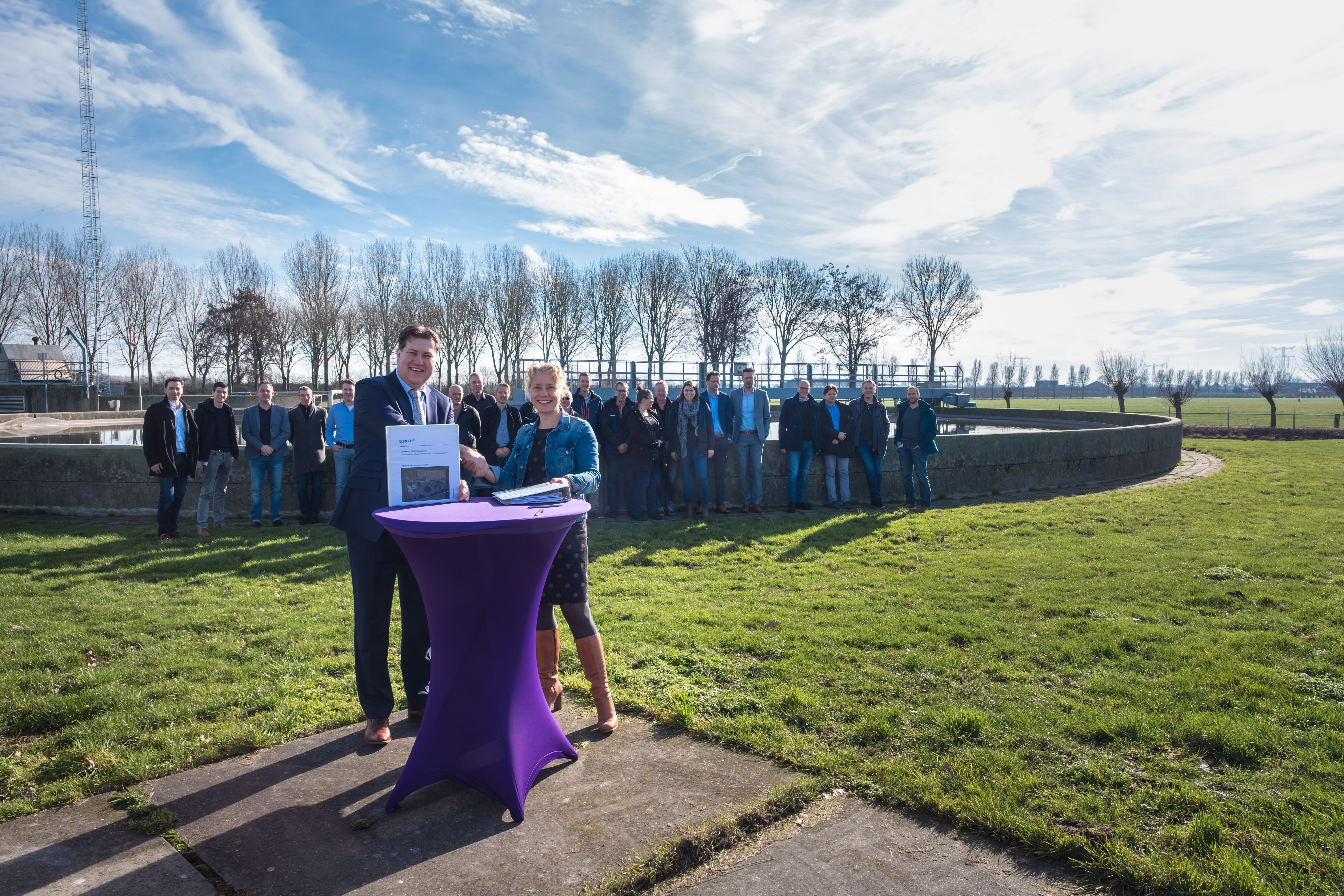