A worldwide first for Hooghoudt: the distillery from Groningen has succeeded in producing genever from rainwater. With the rainwater gin, the knife cuts both ways: it is a solution for the flooding on the Euvelgunne industrial estate, and less drinking water is used. Alderman Chakor of the municipality of Groningen received the first bottle on Thursday afternoon.

The first bottles of “rainwater gin” recently rolled off the line. It is a ‘limited edition’ of 700 bottles, which will soon be for sale at the ambassador of Hooghoudt’s liquor stores. The genever is unique: never before has genever been made from rainwater anywhere in the world.

The idea for using rainwater for the production of gin came from a municipal project in which the rainwater in the Euvelgunne industrial estate is disconnected from the sewerage system. Because: when it rains heavily, the flooding on the business park, which has a relatively large amount of paved and asphalted surface, is significant. Hooghoudt is located on this business park, and it was investigated what the possibilities would be to collect rainwater at the distillery as well.

However, then the idea arose to use that rainwater for the production of gin. Thanks to the European VIDA project, money was subsequently made available to investigate whether it could actually be done safely. This VIDA project supports SMEs in the food industry with innovations that allow them to reduce the use of raw materials in their production process.

The Hardenberg-based company D2D Water Solutions received a subsidy from the project to demonstrate that it was possible to make the Drop2Drink unit they developed from rainwater drinking water, which is also suitable for use in the food industry. “This Drop2Drink unit purifies the rainwater with a microfilter, active carbon filter, membrane filter (UF) and UVC unit,” says Johan Bel, co-owner of D2D Water Solutions.
The project at hooghoudt has shown that the innovation of the Hardenberg-based company is suitable for making safe drinking water itself. This makes the unit a solution to a worldwide problem: the shortage of clean drinking water. According to Bel, 2 billion people worldwide do not have access to drinking water. “That equates to a quarter of the world’s population.” Bel says he is “very proud” of his innovation, which can therefore contribute to both the drinking water shortage and flooding. “And we are of course very grateful that Hooghoudt participated so actively in this project,” he says. “Only in this way will innovations get a chance.”

“Creating the world’s first genever from rainwater fits perfectly with the voyage of discovery that Grietje and Hero Jan Hooghoudt started in 1888,” says Arno Donkersloot, managing director of Hooghoudt. “Only by innovating, taking on challenges and deeply understanding what you stand for can you as a family business remain relevant for future generations. Innovation and technology are part of this and enriching.

The municipality of Groningen is very happy with this showable result of sustainability and circularity. “Due to the changing climate, flooding is an increasing problem in our municipality,” emphasizes Alderman Glimina Chakor (Sustainability & Circular Economy). I think it’s great that we can achieve this with so many different parties and companies at Euvelgunne. ”

This project was awarded by the VIDA project and has received funding from the European Union’s Horizon 2020 research and innovation program under grant agreement nº 777795. 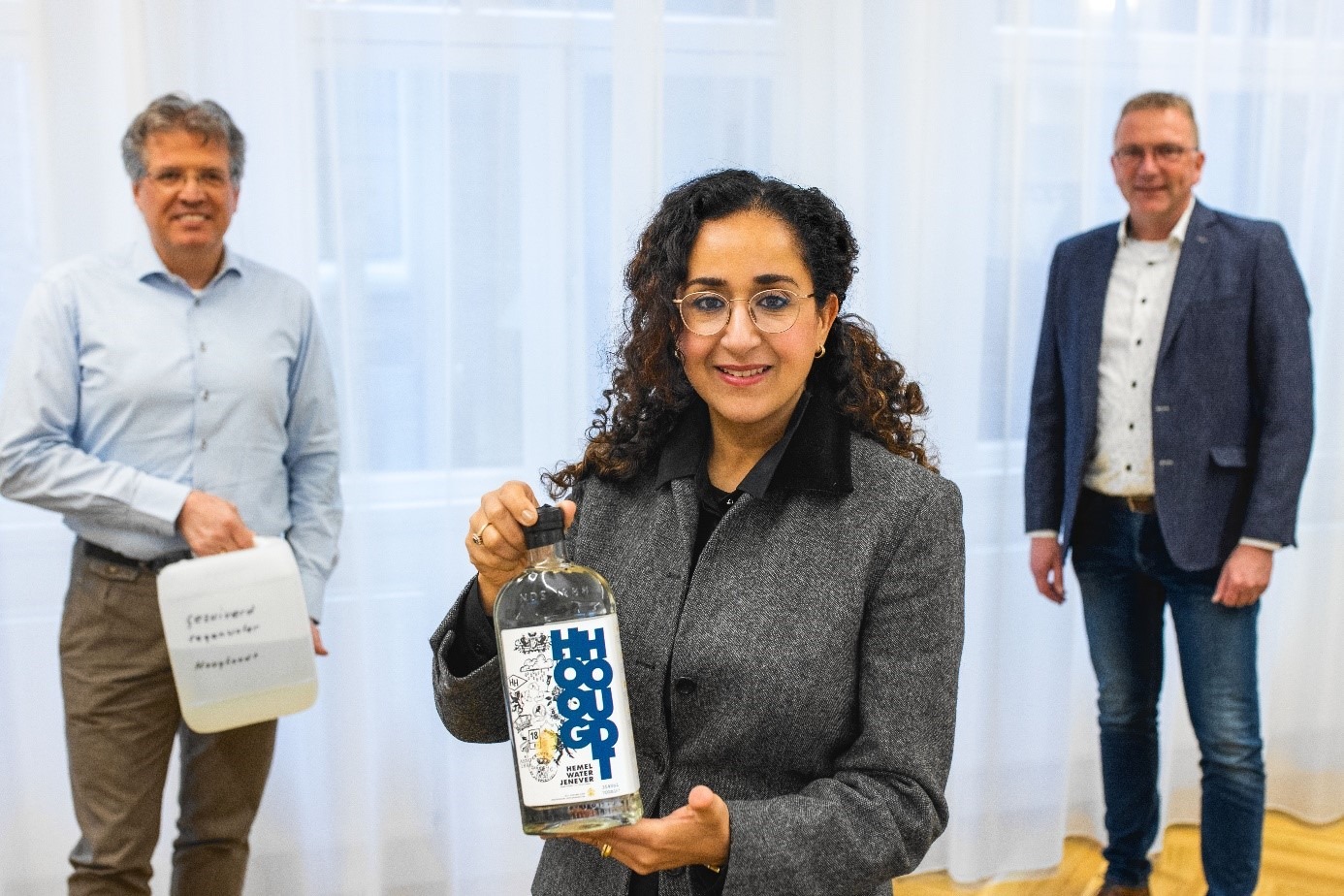