The Water Alliance Innovation Stimulation Award (WIS) 2018 has been won by Hydraloop.
The company collected the prize after the exciting final that was held today, 26 September, during the European Water Technology Week (EWTW) in the WTC in Leeuwarden.
There was a lot at stake for the five finalists, because the participants were rewarded with not only international attention but also the chance of winning the first prize of a marketing and PR package worth €10 000.

“I don’t have any words to describe this”, said sales and marketing director Sabine Stuiver. “I’m still shaking. We’ve worked so to get to where we are now. This is a fantastic boost.”
Hydraloop is an innovative water recycling system that retrieves, purifies and disinfects shower, bath and washing machine water. This water can be recycled for uses such as toilet water, for washing machines and for the garden. This is an innovation that the World has been waiting for, according to Cees Buisman the chairman of the jury. “The World really needs this kind of development. And we are convinced that your company is fully prepared to take on the challenge.”

Hydraloop saves water by recycling 85% of domestic water. The company predicts that, in twenty years’ time, no house will be built without such an in-house water recycling system.

The WIS-award is a part of the European Water Technology Week (EWTW), that is being held from 24 September until 27 September in Leeuwarden. This year, the finalists alongside Hydraloop were CirTec, SEMiLLA Sanitation Hub, SolteQ Energy with the Fresh Water Mill and D2D Water Solutions with the Drop2Drink unit. The latter were nominated runners up. 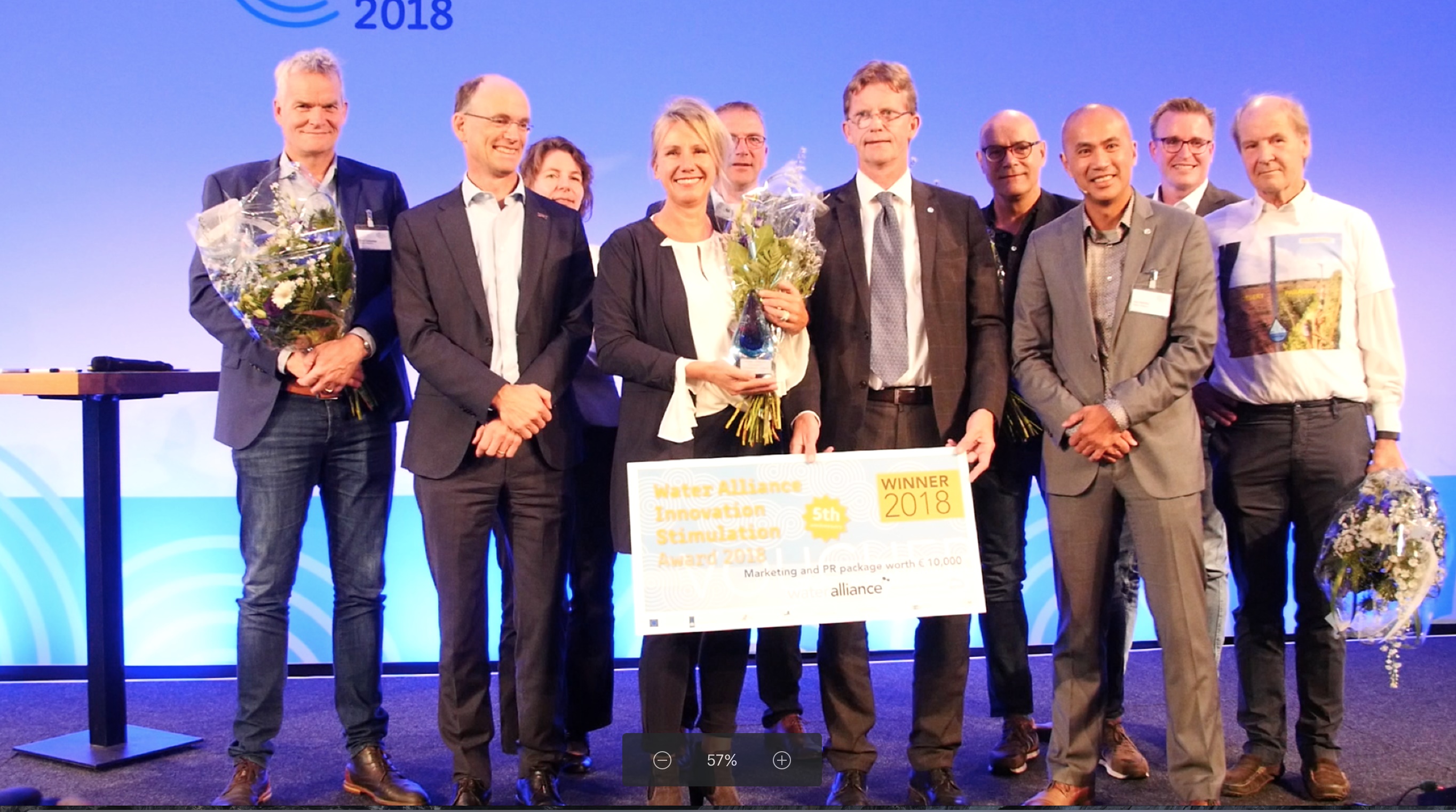