The Dutch understand water like no other. They understand the possibilities it offers for transport, energy, and tourism, as well as the risks regarding flooding, safety, and pollution. The Dutch knowledge runs deeper, however. Every day, in many places in the Netherlands, water’s secrets are researched and revealed, right down to the microscopic level. This regularly results in remarkable innovations with worldwide applications. In order to increase the international publicity of Dutch knowledge and innovations in water technology, Water Alliance has established the ‘Holland Innovation & Inspiration Hotspot’, a special concept which highlights Dutch water technology best practices and innovations at large, international trade shows.

The reputation of Dutch water technology is beginning to resemble the way ‘Dutch design’ and Dutch DJ’s cause a stir. Internationally, “Bring in the Dutch” is becoming an increasingly common phrase when problems and challenges in water technology are concerned. However, the full extent of what the Dutch water technology sector has to offer is not yet known everywhere; reason enough for the Water Alliance to set up the Holland Innovation & Inspiration Hotspots.

“Particularly during international trade shows, we want to highlight the fact that these are extraordinary innovations,” explains Juliette Douglas, marketing manager at the Water Alliance. “It is not difficult to distribute a flyer about everything that the Netherlands has to offer. We want to take it further than that; we want to show off the extraordinary stories, as well as the advantages that these innovations can offer the world. Take Fleet Cleaner, for example; a robot capable of cleaning ships in port during loading or unloading, saving shipping companies tons of fuel annually. It’s also good for the environment, as the cleaning water is purified directly on site. Another example is the story of AWT Watertreatment, specialists in membrane bioreactors. The company is currently using its knowledge to build the world’s largest industrial membrane bioreactor water treatment plant in Tilburg, the Netherlands for companies such as IFF, Coca Cola, Agristo, and Fuji. It uses the waste generated by one to help purify the other’s wastewater; clever, right? These are compelling examples, with which the rest of the world must become acquainted.”

According to Douglas, the idea behind the selected strategy is to convey the fact that it is no coincidence that many innovations come from the Netherlands. “It involves many different factors; there is a lot of knowledge, with numerous universities and an institute like Wetsus, but the whole innovation ecosystem is well organized. At the WaterCampus in Leeuwarden, where the Water Alliance itself is based, knowledge institutes, government, Water Alliance, and numerous companies form a chain of innovation which can help you from the initial idea all the way to your international product launch. The unique structure we have established in the past years accelerates the process of getting innovation on the market, and that is starting to pay off.” 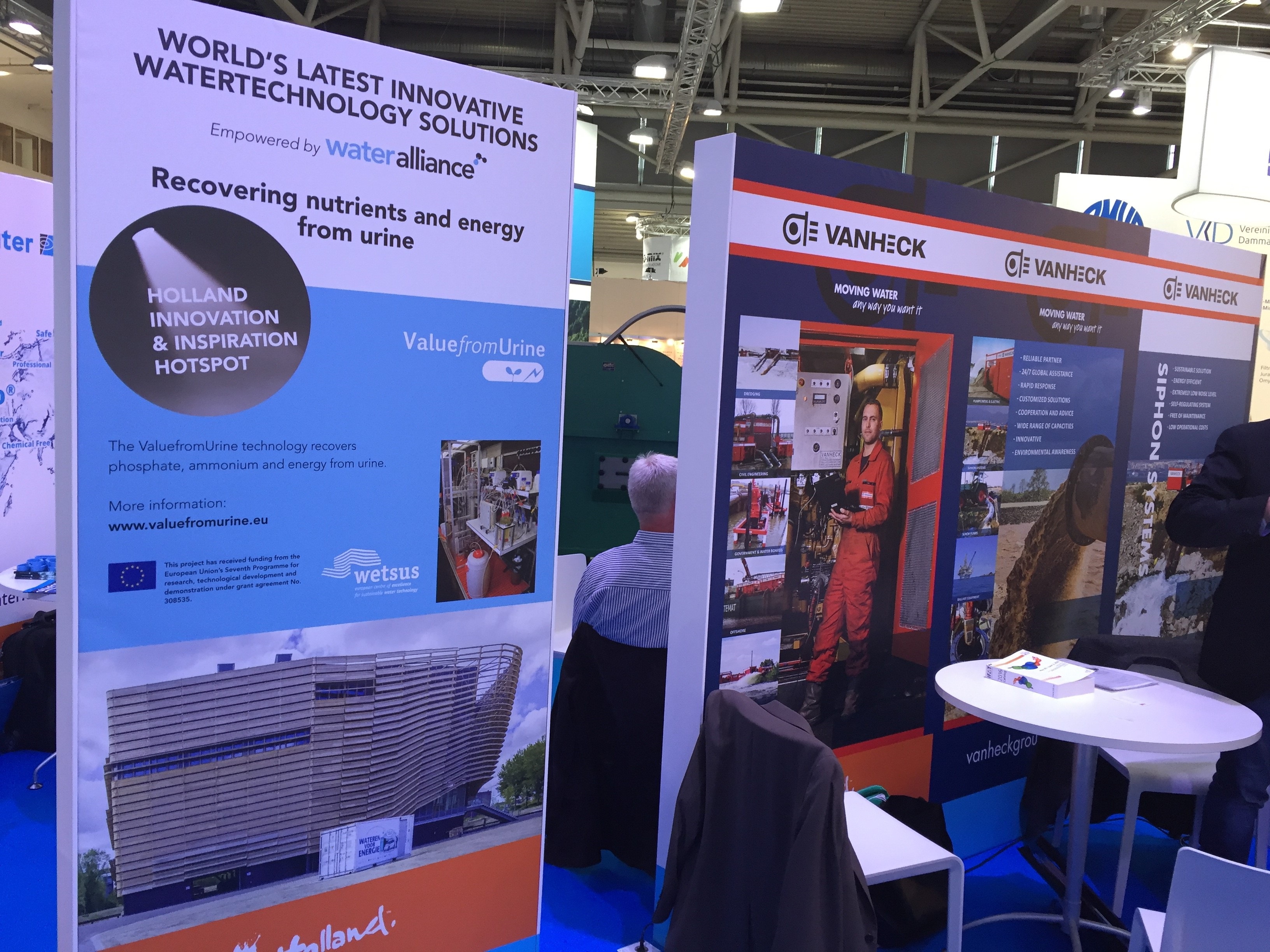