Tuesday, September 25  2018, the Water Alliance and the South Korean organisation Dyetec from the city of Daegu (2.5 million inhabitants) have signed a Memorandum of Understanding (MOU). This was during a visit from a delegation of 31 South Koreans who are at the WaterCampus, as a part the European Water Technology Week (EWTW).

The signing was in the presence of representatives of the province of Friesland as well as the directors of Daegu. The MOU is actually a follow-up to previous agreements, as there was a visit from a delegation from Daegu to the WaterCampus back in 2016. Another MOU was signed previously, during the Korean International Water Week in September 2017, by Mayor Kwon of the Metropolitan City Daegu and councillor Kielstra of the province of Friesland.

The goal of these agreements is to formally confirm the serious plans for an exchange of expertise, and to start up business developments. A plan of action has been drawn up. “The South Koreans are enormously impressed with the cooperation between government, scientific institutions and businesses at the WaterCampus Leeuwarden, which has now become the recognised European hub of water technology”, according to Water Alliance director Hein Molenkamp. “The Koreans are planning to play the same role in Asia. In practice, this means that we meet up regularly, we attend each other’s events and workshops as well as facilitating contact between scientific institutions and businesses from each other’s region.” The Koreans take this business development just as seriously as the Dutch do, according to Molenkamp. “You can see that by the fact that ten South Korean companies are already participating in the EWTW in Leeuwarden. During the ‘WaterMatch’, which is a part of the event, The Korean companies have had various one-on-one matchmaking discussions with Dutch water tech companies.” 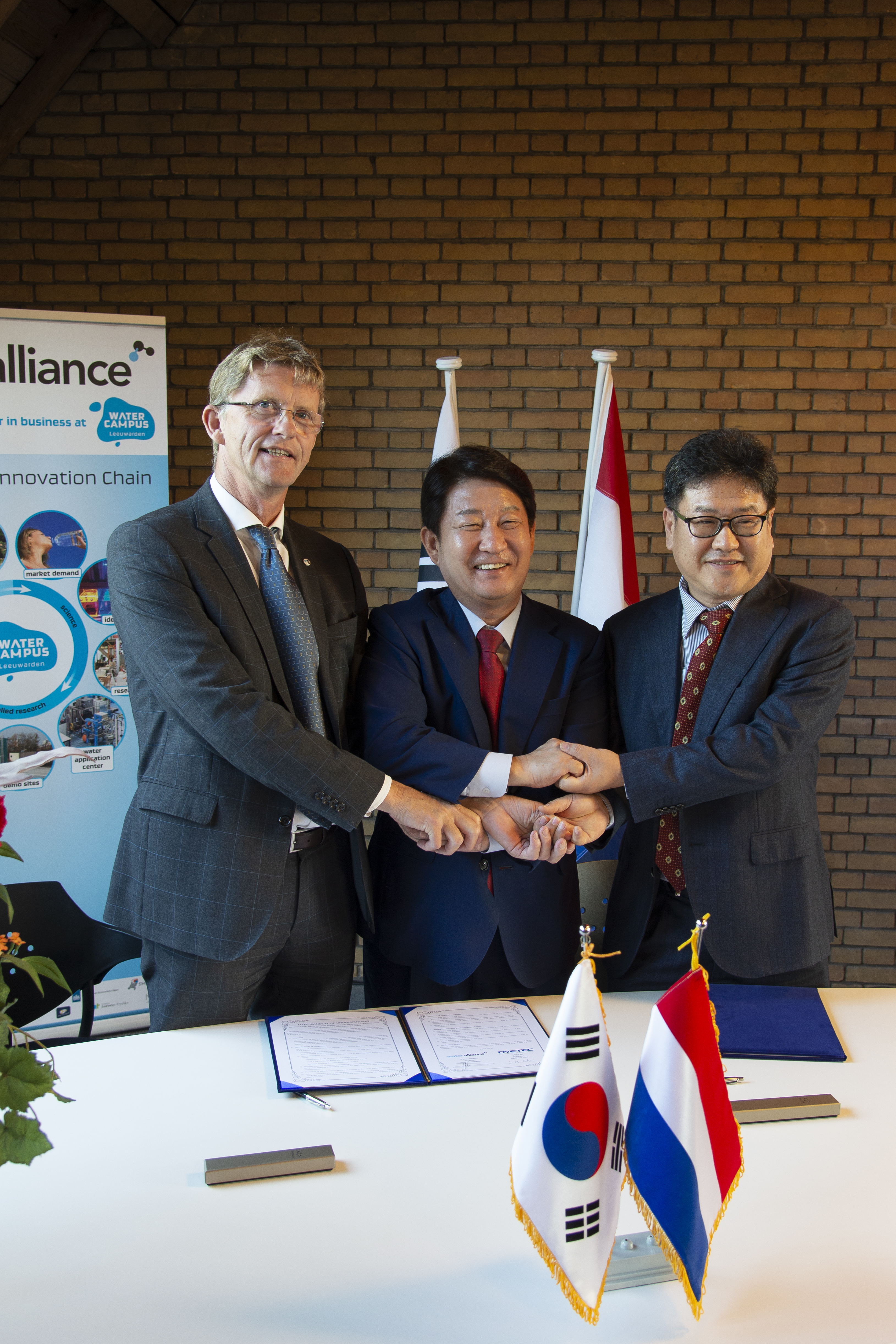