The first ‘waste to energy’ system for upgrading biogas in Estonia, will be built by the Dutch company DMT-ET. This project is a pilot plant for Estonia to start creating clean energy out of waste and waste streams. The green fossil free gas and Bio-CNG is going to be used for busses in public transport.

Estonia is the frontrunner in Eastern European countries with high ambitions in renewable energy. Next to investments in wind- and solar power to achieve the 2020 climate goals, the Estonian Government now starts to invest in biogas upgrading to also reach their goals in renewable fuel. Estonia will investigate the possibilities to create energy out of waste further. Next to manure from animals also agricultural waste or municipal waste and wastewater contain resources that can be separated and upgraded to be used as clean energy.

A program to change the public transport of Estonia to run on power and CNG has started with an investment for the first project in Viljandimaa. Busses will run on power and bio-CNG, cars will also be rebuilt to be suitable for renewable fuel. The first biogas upgrading plant they bought will be delivered in August 2017, and will produce 150 kg CNG per hour. 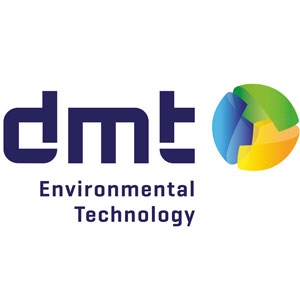 The Dutch-based DMT-ET is currently building biogas upgrading plants in Denmark, United Kingdom, the Netherlands, USA, and this first bio-methane production plant in Estonia. In U.K. alone DMT-ET delivered twelve biogas upgrading plants, with extra technology for the production of Bio-LNG and Bio-CNG and fueling stations. DMT-ET will continue to do so in her challenge to create a clear and prosperous future.