The Water Alliance idea to gather as many Dutch innovations together along an ‘Innovation Avenue’ appears to have hit the mark. According to several exhibitors, the avenue, in Hall 7, is significantly more popular that the rest of the trade fair. Hein Molenkamp, the director of Water Alliance is of the opinion that this is what makes AquaTech stand out from the water trade fairs in other countries.

“Innovation is extremely important to Dutch companies”, according to Molenkamp. “This allows them to distinguish themselves within the international water market, and to become leaders in niche markets.” Henk Schonewille, CEO of Wafilin Systems, agrees: “It’s already clear within the first few hours after the opening of the trade fair doors that the Innovation Avenue is a great success. It’s much busier here than elsewhere in the show. I can understand that. Visitors aren’t looking for yet another pump or filter. They’re after something new, and this is where they can find it.”

Following on the accomplishment of the Innovation Avenue at Aquatech Amsterdam, Water Alliance plans to continue this success in the form of Innovation Hotspots at various international trade fairs in 2018, including IFAT Munich, Singapore International Water Week and WEFTEC in New Orleans.

A successful initiative mostly has many originators and Molenkamp is careful not to portray himself as the one-and-only father of the Innovation Avenue. Alongside Water Alliance, both the Netherlands Water Partnership (NWP) and the Amsterdam RAI have played a vital part. Nonetheless, Molenkamp can’t help but be justifiably proud on the opening day of AquaTech. Several months ago, Water Alliance approached its members with the idea of giving innovation pride of place in the Dutch pavilion, and this was initially met with a tepid response. This reaction stimulated Water Alliance to increase its efforts and to convince its members of the tremendous opportunities that lie in wait. The extra work was rewarded. The result is an “orange-paved lane” that dissects Hall 7, flanked by Dutch water technology companies showing off their innovations. “In the past, Hall 7 was a bit forlorn”, says Molenkamp. “Now it’s alive and bustling!”. AquaTech has also added foreign innovations to the Dutch section, giving the opportunity to companies such as the Irish BlueTech Research to set up their own innovation pavilion on Innovation Avenue.

“The companies aren’t selling an innovation, exactly”, Molenkamp continues, “but rather a product that they can be proud of. This is how they want to distinguish themselves. And innovation is not always embodied by technology, but is also very often represented by people with pioneering ideas. They develop inventive combinations of existing techniques, or new applications that have not been thought of before.”

The winner of the AquaTech Innovation Award also has a stand on Innovation Avenue. The Dutch company CirTec BV won the Award just prior to the start of AquaTech, on Monday, 30 October. The company extracts cellulose fibres from toilet paper during the purification of sewage water, and they create a marketable cellulose product from it that is suitable for road building, for example. The winning technique, ‘Cellvation’, has been developed by CirTec in collaboration with KNN Cellulose, another company that has a place on Innovation Avenue. The advantages of this technique include a saving on the cost of energy and chemicals for sewage water purification as well as a decrease in the amount of sludge that is produced. 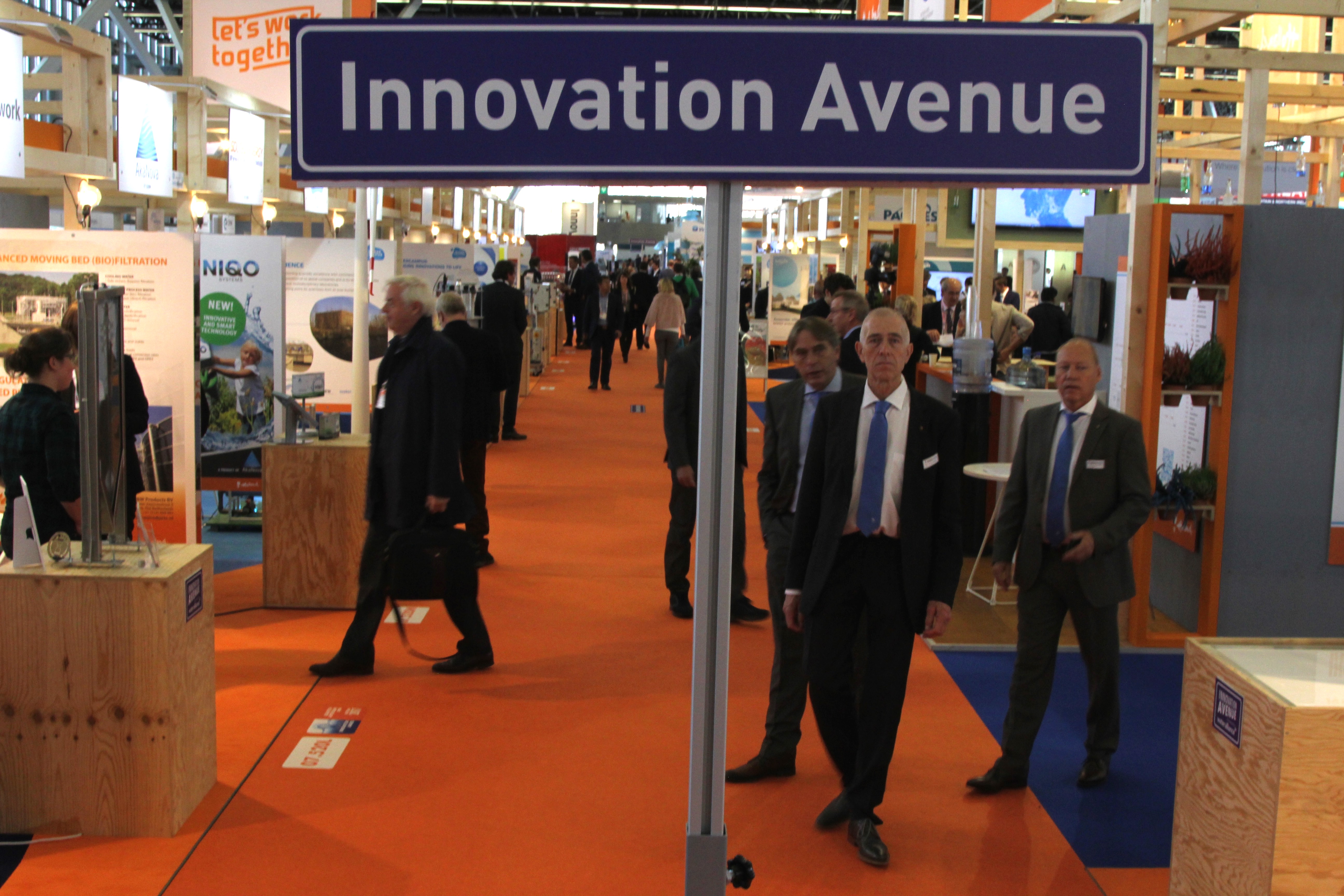