The 91st WEFTEC® was held in New Orleans, Louisiana USA. The Netherlands was represented at several occasions during this annual exhibition with ‘the Netherlands Pavilion’. “We took the opportunity to present the Dutch expertise on water technology during various moments at the WEFTEC®”, Managing Director Hein Molenkamp from Water Alliance says. Besides Molenkamp, Marketing & Event Manager Juliette Douglas also represented the Alliance at the WEFTEC®. During the week, there was a special attention for the WaterCampus’ innovation eco-system. 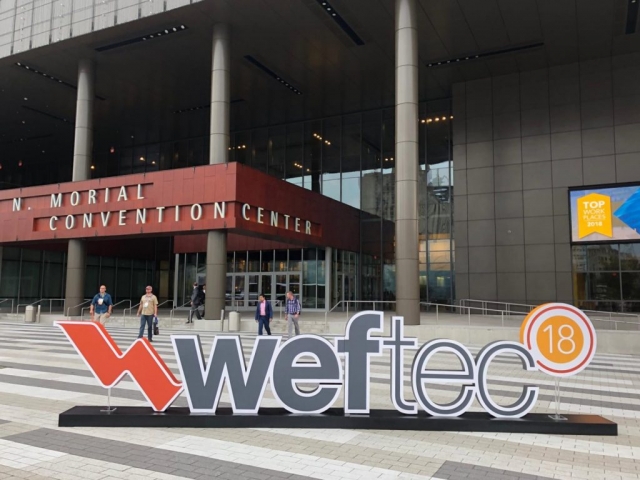 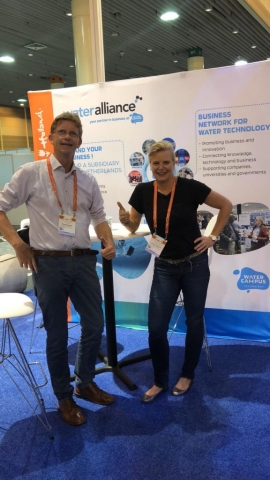 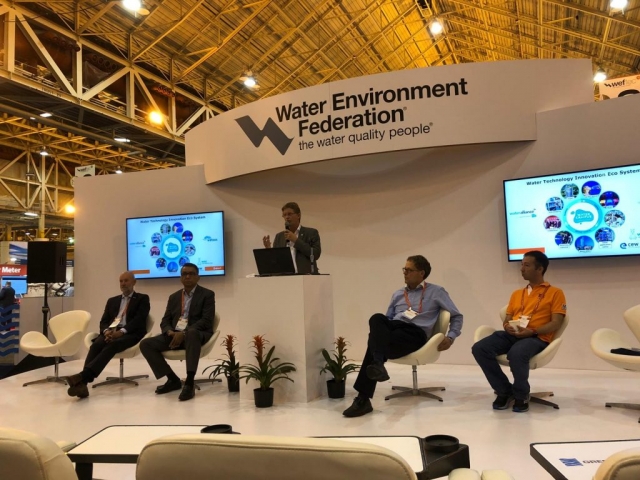 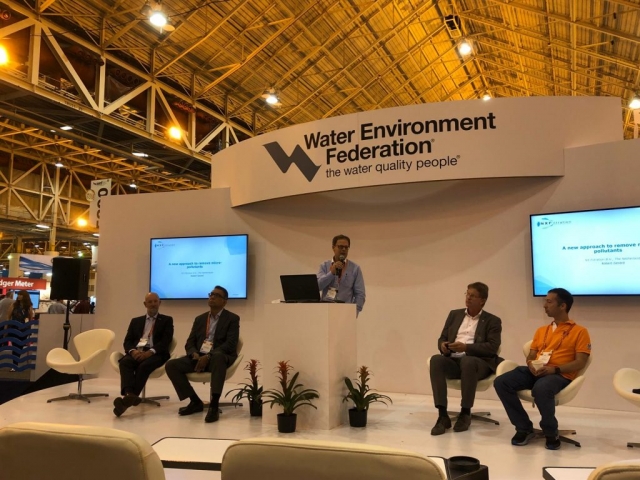 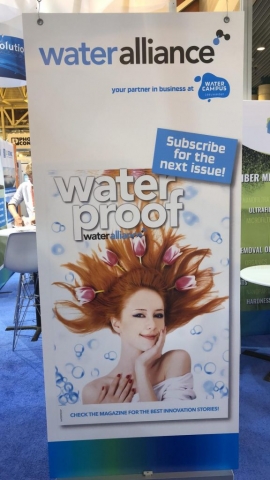 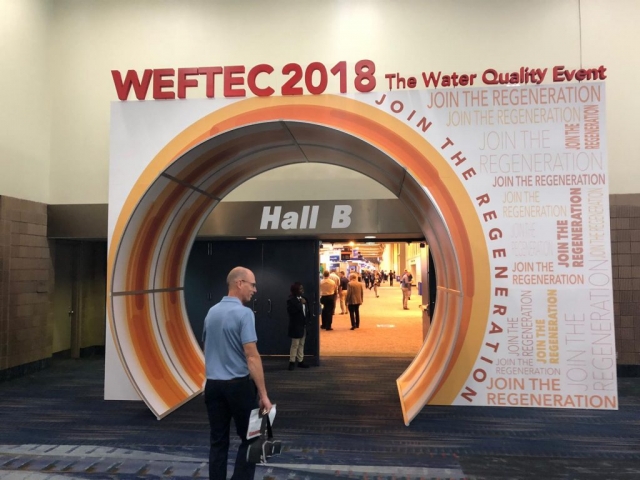 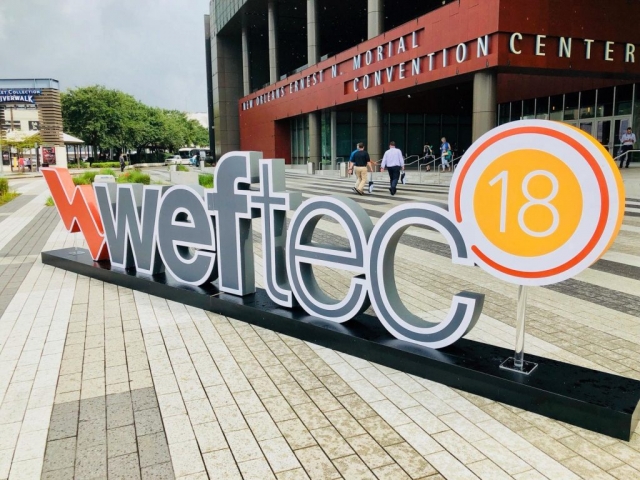 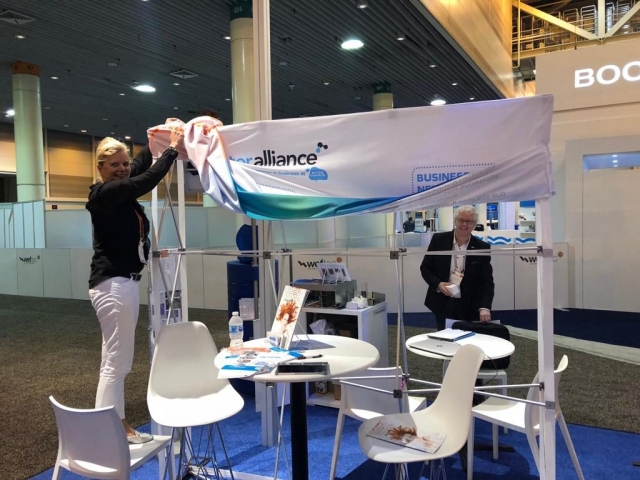 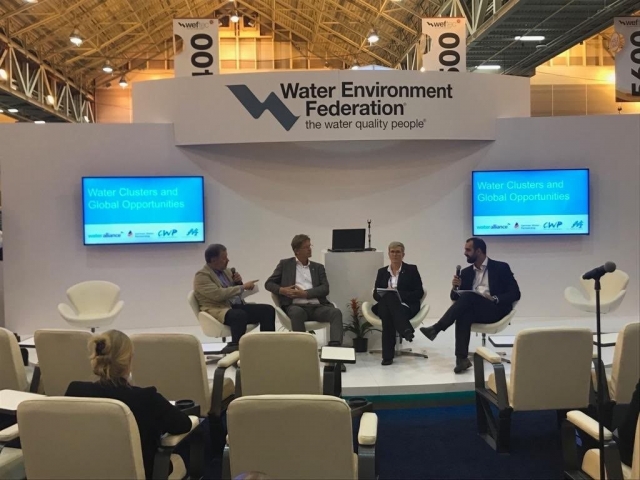 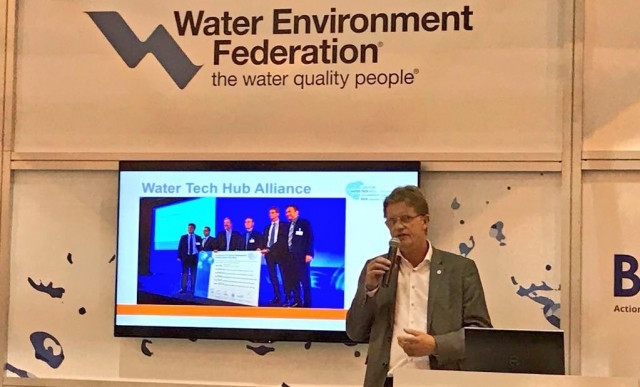 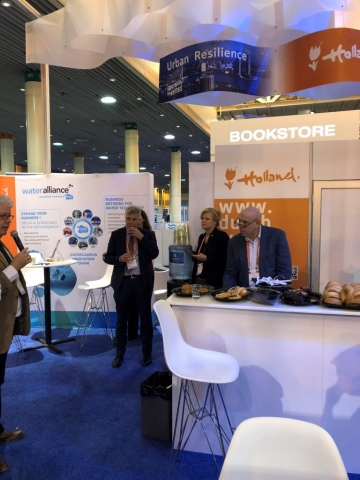 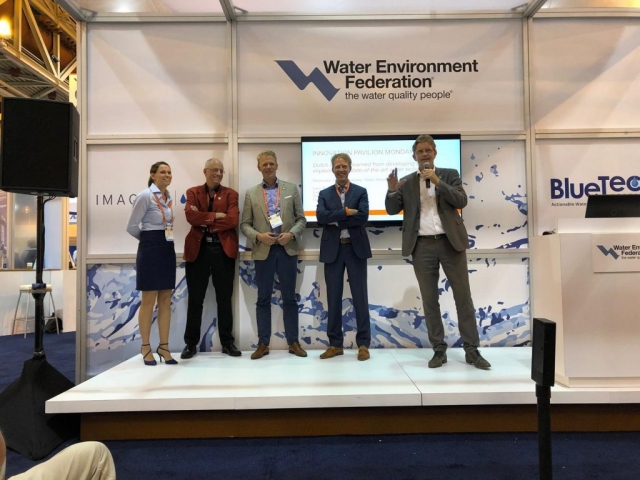 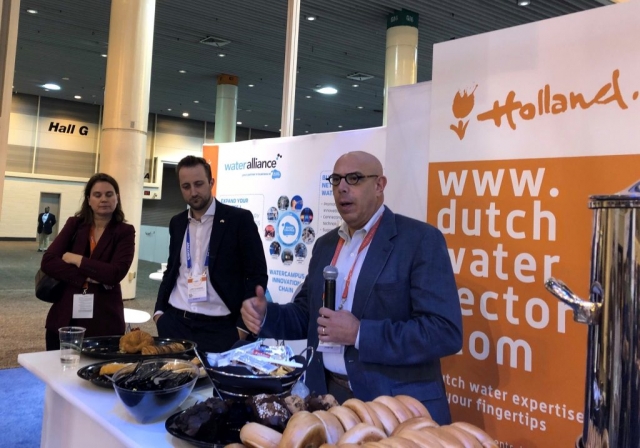 Organized by Netherlands Water Partnership, the Netherlands Pavilion was the base for ten Dutch Water Tech companies. The Water Alliance was also hosting two sessions. Several Water Alliance members where having their technology on display at the Netherlands Pavilion, such as NX Filtration, DMT, LG Sonic and Titan Salt. Other members, such as RHDHV, Landustrie, Paques and Eijkelkamp, had their booth elsewhere at the exhibition. This was often in combination with their local partners.

Another real headliner was the very recent European Water Tech Week 2018 in Leeuwarden, especially concerning the ‘Global Water Tech Hub Alliance’. This initiative, proposed by the Water Alliance, led to a signed  cooperation declaration to foster the acceleration of new water tech by closer cooperation of six major Water Tech Hub organizations from around the world. (from Singapore, Israel, South Korea, China Netherlands and USA.

Bring in the Dutch

There was a full house on Monday at the WEFTEC® Innovation Pavilion, where Molenkamp, this time as a moderator, challenged four organizations to present their latest innovations:

Global Watertech Hub Alliance on stage at the Global Centre

On Tuesday, Hein Molenkamp brought the recently initiated cooperation with the Global Water Tech Hub Alliance to speak in a session at the Global Center,  which was hosted by partner organization the Water Council.

Dean Amhaus, President & CEO of the Water Council moderated a discussion named ‘Water Clusters and Global Opportunities’, referring back to the newly set up collaboration. Other speakers where leaders from the Catalan Water Partnership and German Water Partnership.

Meet the Dutch, international Hubs and state of the art water tech solutions

The Innovation Attaché Network at the Embassy of the Netherlands Washington, the Dutch Consulate General Miami, NWP and Water Alliance, organized another session at the Global Center. During this assembly, Molenkamp looked back on the recent EWTW event in Leeuwarden and introduced four Dutch water tech related companies,  who elaborated on their innovative technologies and lessons learned:

Get in touch with the Dutch

On Tuesday afternoon, Water Alliance, Embassy of the Netherlands Washington and the Dutch Consulate General Miami, hosted a networking event. Hein Molenkamp and Mrs. Deidre McGlinchey (Honorary Consul for the Netherlands in New Orleans) opened the session. A lively gathering and mixing of various Dutch companies with foreign visitors followed, which provided many new business connections.

On the last day of the WEFTEC®, Molenkamp was invited to present the WaterCampus innovation eco system at the head office of Greater New Orleans Inc. Invited by GNO’s Executive Vice President Mrs. Robin Barnes, Molenkamp gave a brief overview of the innovative structure of the WaterCampus and how Dutch innovations in Water Tech are generated and accelerated. The audience was impressed by the typical Dutch way of cooperation between different stakeholders, such as the government, knowledge institutes and SMEs.

We look back on a rewarding week in New Orleans! 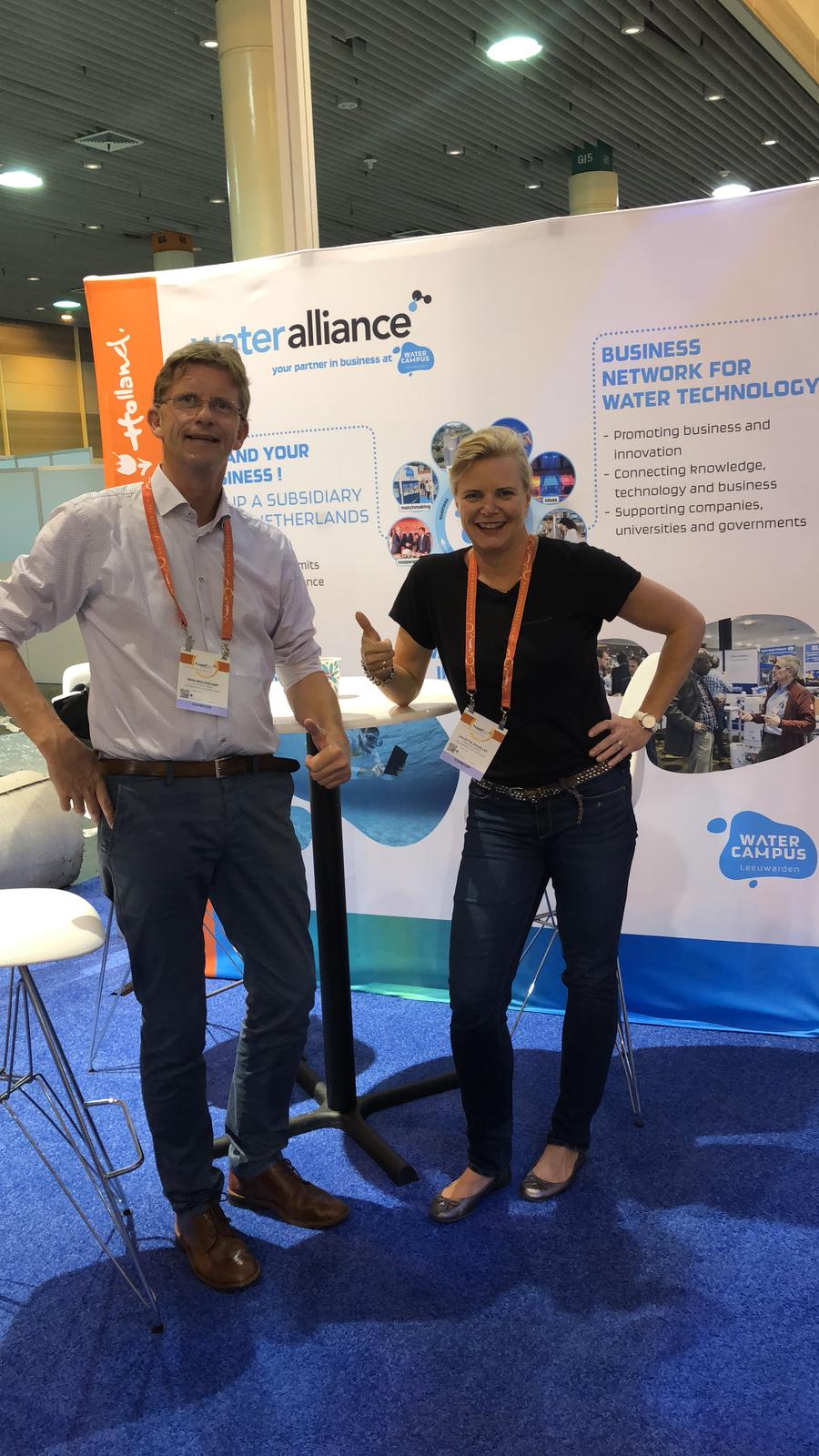 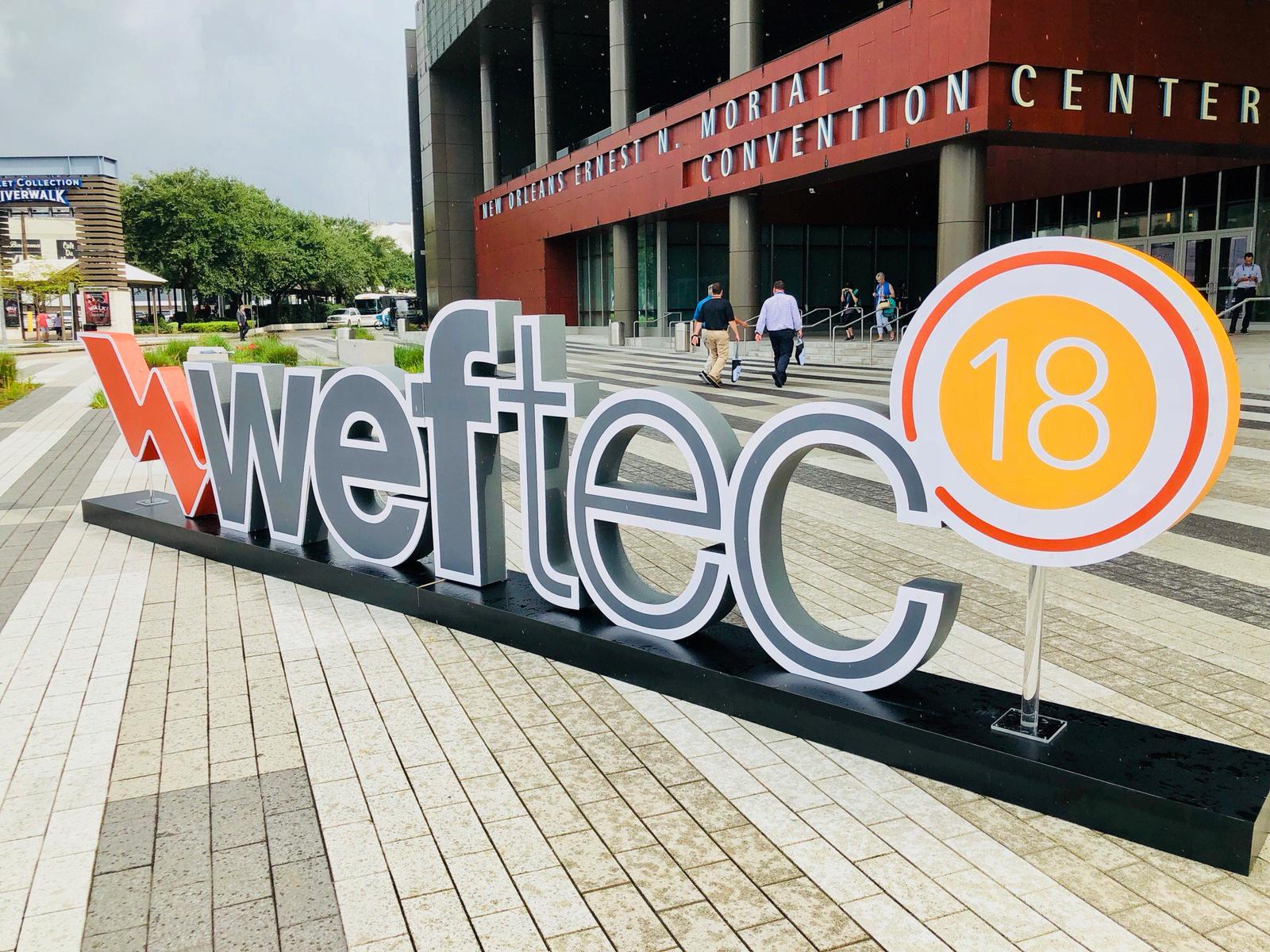